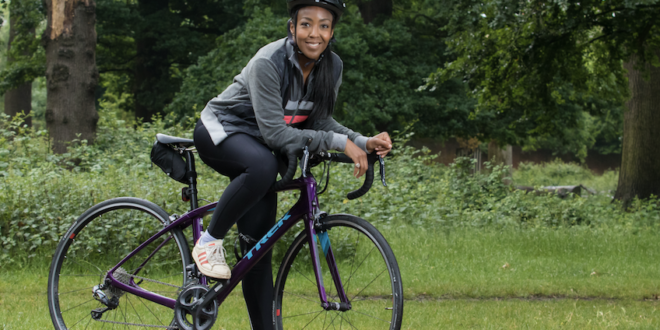 The names, which include BikeBiz’s own Rebecca Morley, have all been recognised in celebration of the work they have done to inspire other women to cycle as the national cycling charity officially launches its Women’s Festival of Cycling. 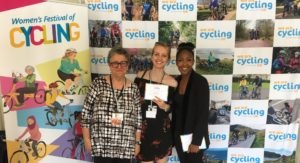 The list also includes less well-known names of women who have been working at grassroots level to encourage more women to ride.

It is estimated that only a million women in the UK cycle regularly, just 3% of the population, with many more bike journeys made by men than women.

The Women’s Festival of Cycling aims to address that imbalance by inspiring more women to get in the saddle. The charity is now challenging every female cyclist in the UK to enlist at least one more woman to start cycling through July.

Helen Cook, head of engagement, said: “Every woman on our list is an incredible ambassador for women’s cycling, but sadly women remain underrepresented when it comes to everyday cycling. The gauntlet we’re throwing down today is for every woman who already cycles regularly to find just one more woman they can help and inspire to get on their bike.”

The awards were presented yesterday at a Parliamentary reception in Westminster following a ride to the House of Commons by more than 150 women to raise awareness of women’s cycling. The ride was led by Bell, who only started riding as an adult after being inspired by her step-father, and a chance to appear on a TV cycling challenge to ride a stage of the Tour de France.

She said: “Wouldn’t it be amazing if every female cyclist in this country persuaded just one more woman to take up cycling. Imagine the difference that could make. Cycling is not only one of the most enjoyable ways of getting around, it’s great for your health, fitness and the environment.”

Women’s Festival of Cycling takes place throughout July with events around the UK to encourage more women to cycle. To make an online pledge to encourage another woman to cycle, visit www.cyclinguk.org/pledge. To find out more about the Women’s Festival of Cycling and to see a full list of nominees, visit www.cyclinguk.org/womens-festival-cycling.