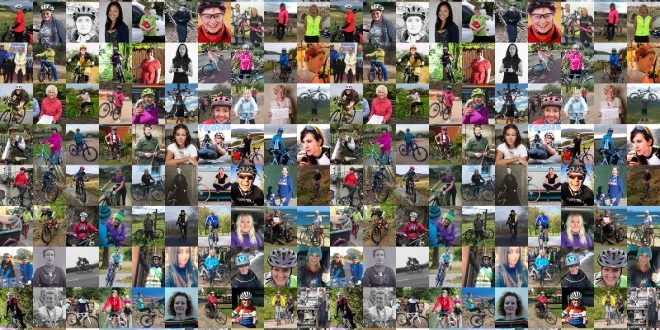 Cycling UK is launching a new campaign to inspire more women to cycle, as a new poll reveals 85% of women in the UK never ride.

Official transport figures indicate only a million women in the UK cycle regularly (at least three times a week), compared to three times as many men. Many women who don’t cycle or cycle less than once a month say they would be encouraged to cycle more if there was better cycling infrastructure (27%), more considerate drivers (21%) and having access to a working bike (20%).

The findings were uncovered in a YouGov survey of more than 1,100 women in the UK, carried out on behalf of the national cycling charity for the launch of its annual Women’s Festival of Cycling.

As part of its campaign, the charity wants every female cyclist to enlist at least one more woman to start cycling through July.

Helen Cook, head of engagement, said: “It’s abundantly clear that women are massively underrepresented when it comes to everyday cycling, but our survey also found that 36% of women would be persuaded to get on a bike by friends or family.

“So this month we’re laying down the gauntlet and challenging every woman who currently cycles to persuade at least one other woman to get out for a ride.”

TV presenter Angellica Bell, a regular cyclist who only learned to ride a bike as an adult, is supporting Cycling UK’s campaign.

She said: “I was inspired to start cycling by my step-dad after I saw the enormous impact it had on his life, and so I’m backing Cycling UK’s campaign to inspire more women to start cycling.

“Wouldn’t it be amazing if every female cyclist in this country persuaded just one more woman to take up cycling. Imagine the difference that could make.

“Cycling is not only one of the most enjoyable ways of getting around, it’s great for your health, fitness and the environment. Let’s take up this challenge and all get out on our bikes through July!”

Bell will be leading a ride of up to 200 cyclists on Parliament on Monday to highlight the issue of the underrepresentation of women in everyday cycling. The Women’s Festival of Cycling takes place throughout July with events around the UK to encourage more women to cycle.

Cycling UK will also be announcing its 100 Women in Cycling on Monday, highlighting 100 inspirational female cyclists from across the country.