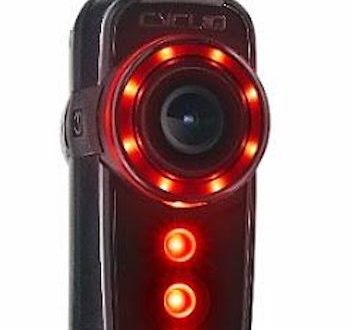 Cycliq dashcam lights updated and stockpiled in time for Christmas

Cycliq is to release a new connected and stabilised version of its "dashcam for cyclists" video/light combo. The Perth-based firm, which launched on Kickstarter and is now listed on the Australian stock exchange, plans to release stock of the new Fly6 and Fly12 rear and front camera and lights at the end of November. They are "safer, smarter, sharper and smaller" than the previous models states a Cycliq promotion.

The company has previously been plagued by slow availabilty of its products but earlier this year signed a memorandum of understanding with Thompson and Kenneth Cheung, the Hong Kong-based team behind electronics manufacturer Glory Horse Industries, to form a joint venture, Cycliq Research and Development. Cycliq execs said this 50/50 partnership would improve manufacturing lead times and improve the company’s profitability.

"Our manufacturing joint venture with Thompson and Kenneth Cheung [ensures] we will be able to better match cash inflows and outflows," said Cycliq CEO Chris Singleton.

“The Cheung manufacturing dynasty’s wealth of knowledge in consumer electronics will provide us with the ability to vertically integrate our supply chain, reduce the cost of new product development and the overall manufacturing costs of our products,” said Singleton when the deal was signed.

Cycliq has since recorded sales of AU$746,000 in the third quarter of the year, although it is still spending more than it earns, which is normal for a tech start-up, but also means a great deal is riding on the latest product launch.

Cycliq spent AU$932,000 in Q3 and is expected to spend a further AU$2.9 million by the end of the year. The firm, launched five years ago, currently has a market value of AU$13.3m.

The new products are marked with CE, standing for "connected edition". They offer wireless connectivity to Garmin devices and smartphones via ANT+ and Bluetooth.

The front-facing Fly12 CE and rear-facing Fly6 CE are smaller and lighter than previous models. The cameras have a new 135-degree lens, wider than the current Fly6 100-degree lens. The new models also feature 6-axis stabilisation for smoother footage.

Singleton said the firm’s manufacturing joint venture and a more streamlined approach to selling its products should result in positive cashflow in the near future. In a company statement the CEO was quoted as saying: "We are poised to unlock value which has been tied up in inventory for many months. As an early stage electronics producer we haven’t been in a position to dictate payment terms to either our suppliers or our customers, which reflects our cash position."

Stockpiles of the new products will ensure global availability from the get-go, said Singleton: "[We] wanted to make sure that our new products will be available for Christmas and at the right price point to make them an attractive gift option."

In Australia the company sells business-to-business via online retailers such as Wiggle and 99 Bikes, having earlier severed ties with distributor FE Sports. In the UK the brand has been distributed by Madison since December 2016, having originally been distributed by Raleigh.