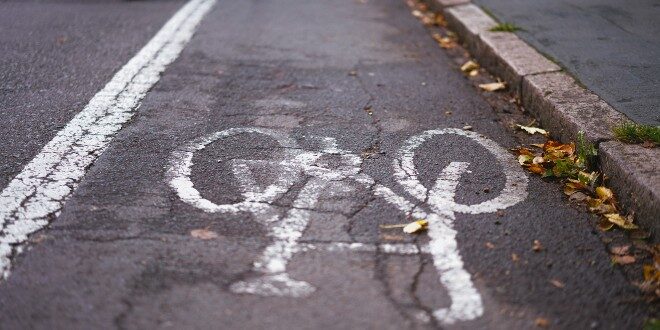 Cycling UK urges councils to ‘be brave’ over cycle lanes

Cycling UK has published a report for councils urging them to ‘be brave in the face of a vocal minority of opposition’ to new cycle lanes.

The Active Travel Funding report has taken evidence from four national opinion polls carried out in 2020 which show widespread support for more cycle lanes across the UK. The surveys carried for the Department for Transport, Cycling UK, #BikeIsBest and Greenpeace reveal that around 60% of the population agrees that more cycle lanes should be built.

More than half (56%) in a YouGov poll of 2,000 adults on behalf of Cycling UK said they supported active travel measures introduced by councils in the light of the pandemic. But a number of projects have already been removed by councils, for example, a cycle lane in Kensington High Street.

The survey also revealed that many people overestimated the general public’s opposition to the schemes even though they supported them.

Duncan Dollimore, head of campaigns at Cycling UK, said: “We need local authorities to be brave and to push ahead with more and better active travel projects and not feel bullied into abandoning schemes without any proper evaluation of their benefits just because a minority of people object.

“The simple fact is that we need to make it more appealing for people to cycle and walk, particularly for short journeys, to avoid clogging up our cities with polluting motor traffic and to help make us all fitter and healthier.

“Let’s be bold. Let’s tackle these problems head-on and get the country moving again, safely, healthily and cheaply, by foot or by bike where it’s safe and sensible to do so.”

Copies of Cycling UK’s report are being sent to transport planners in local Government across the country. Meanwhile, the charity is taking legal advice about whether councils’ decisions to remove schemes designed to promote walking and cycling are ‘unreasonable’.

A full copy of the report being sent to councils can be found here.