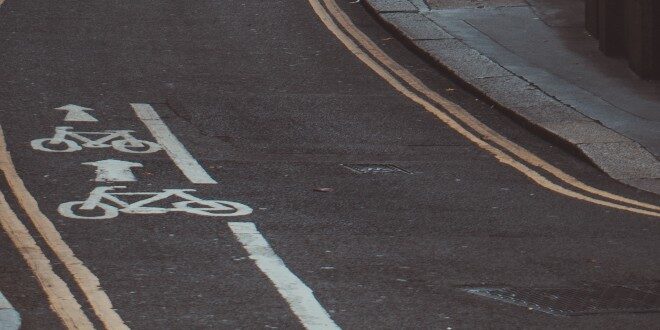 Cycling UK is seeking ‘urgent’ legal advice, through its Cyclists’ Defence Fund, about whether councils’ decisions to remove schemes designed to promote walking and cycling are ‘unreasonable’.

This action follows in the wake of the Royal Borough of Kensington and Chelsea’s removal of a cycle lane on High Street Kensington in London. Cycling UK said it is also ‘alarmed’ by West Sussex Council’s plans to remove a cycle lane introduced during lockdown along Upper Shoreham Road in Shoreham.

This cycle lane recently featured in a short film produced by the Department for Transport, showing the benefits cycle lanes can bring to local communities. Cycling UK has written to the council requesting a pause in these plans, and a clarification of the process which led to this decision.

The charity said it is ‘concerned’ this pattern of behaviour of removing cycle lanes and traffic calming measures is not just increasing but is being done without ‘adequate evaluation’ of their benefits, and without ‘sufficient time’ to conduct effective trials.

Duncan Dollimore, Cycling UK’s head of campaigns, said: “Cycling UK is alarmed that decisions some councils have made in recent weeks, ripping out cycle lanes, have been knee jerk responses to objections from a vocal minority rather than upon consideration of the evidence and benefits of the schemes.”

Recent YouGov polling commissioned by Cycling UK in November has shown more than half of the UK’s population (56%) supports the wider roll-out of Government schemes to encourage more cycling and walking, while only 19% opposes them.

“Separated cycle lanes can carry more people in less space, and reduce congestion,” added Dollimore. “They are good for local businesses, with people cycling and walking into town centres staying there longer and spending more money; and the evidence shows that if you build them, people will use them.

“But changing ingrained travel habits doesn’t always happen overnight, so when councils introduce temporary cycle lanes they need to leave them in place for long enough to carry out an effective trial. ‘Who shouts loudest’ should not be the basis of their evaluation – and before any drastic action is taken to scrap new bike lanes.”

Upon receipt of legal advice, Cycling UK said it will consider the possibility of legal action where cycle lanes that were working for people and communities have been removed either unreasonably or where the proper process has not been followed.

Previous Top five jobs of the week – 11th December
Next BikeBiz Awards 2020: And the winners are…