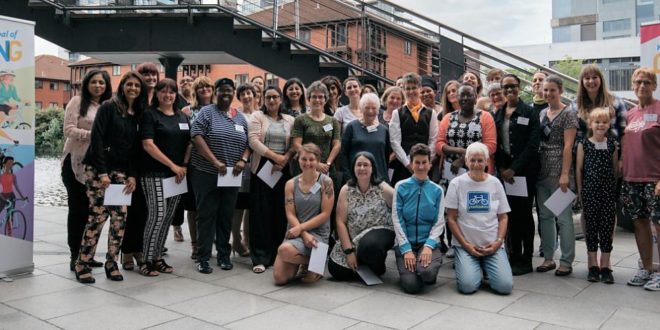 Cycling UK is launching its search for another 100 inspiring Women in Cycling.

The charity is looking for nominees from the biggest names in cycling, to women working largely unrecognised in grassroots development, and all those in between.

Cycling UK’s 100 Women in Cycling coordinator Julie Rand said: “A hundred years ago, some women were first given the right to vote after a long battle by the Suffragettes, many of whom used bicycles as they campaigned around the country. It seems fitting that a century later we’re championing women who are doing so many fantastic things around cycling.

“Far fewer women than men cycle regularly in the UK, and yet the physical and mental health benefits of cycling are particularly beneficial for women. By highlighting some of the amazing achievements of these 100 women, we want to inspire other women to build cycling into their everyday lives.”

The final list will be published at the beginning of July to coincide with the start of Cycling UK’s Women’s Festival of Cycling. The festival is a month-long celebration of women’s cycling with female-friendly rides taking place around the country.

But far from being household names, the majority of nominees on last year’s list work at a grassroots level and were largely unrecognised for their efforts in helping and inspiring others to take up cycling.

“Every woman on last year’s list was an equally worthy nominee, and this year we want to shine a spotlight on another 100 women who deserve recognition,” said Rand. “Let us know who they are and why they should be included.”

To nominate someone you think should be one of our 100 Women in Cycling, click here.