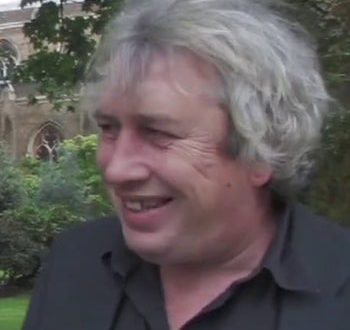 In last weekend’s Sunday Times, columnist Rod Liddle praised the dooring of a cyclist by Transport Secretary Chris Grayling, saying it was “a beautifully timed manoeuvre” and suggesting that the minister should continue to open car doors into cyclists as this would make “London a safer place for normal humans”.

Cycling UK has written to Craig Tregurtha, managing editor of The Times and The Sunday Times, calling for the article to be retracted as it is in “poor taste”. The charity warns that Liddle’s views support actions that result in people being killed, such as teacher Sam Boulton who died earlier this year following a dooring incident in Leicester. (The article is currently still available on the newspaper’s website – requires subscripion to view.)

Under current UK law, it is a strict liability offence to open “any door of a vehicle on a road so as to injure or endanger any person”, meaning that the offence does not have to involve an actual collision.

Calling Liddle’s comments “inflammatory and dangerous”, Cycling UK expressed its concern that his apparent celebration in “car dooring” could incite others to commit a crime that has potentially life-threatening consequences.

The cycling charity also pointed out that the article runs contrary to the ‘Cities fit for cycling’ campaign run by The Sunday Times’ sister paper, The Times, which followed the serious injury of news reporter Mary Bowers in November 2011.

“Liddle’s comments endorsing and celebrating the injury of a cyclist run totally contrary to the ethos of a family of newspapers that has campaigned so hard to make our roads safer after one of their own reporters was very seriously injured while cycling to work.

“This article is in shockingly poor taste, as cyclists have died due to ‘car dooring’ incidents where people have not looked. In a national newspaper, Liddle revels in the suggestion that he actively tries to copy these actions – that’s inflammatory and dangerous and we respectfully request The Sunday Times to retract this article and apologise.

“Despite its potentially lethal consequences, ‘car dooring’ is treated as a minor offence with a maximum £1,000 fine. Liddle’s flippant attitude clearly spells out the need for Government to include ‘car dooring’ in its ongoing review of road traffic offences and sentencing, to help prevent more tragic incidents like that involving Sam Boulton from happening in the future.”

A separate complaint has been made to the Sunday Times by May Hamilton, the bereaved wife of cyclist Robert Hamilton, who was also killed due to a dooring.

Liddle has made a career out of controversy. He has also previously carped about cyclists. In a 2013 column for The Spectator he wrote: "Like many people, I am worried that too few cyclists are being killed on our roads each year."

In 2008, Mattew Parris apologised after writing an article for The Times that called for cyclists to be garrotted by piano wire.