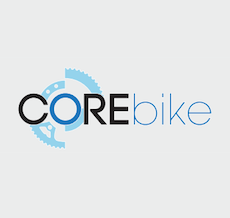 From January 22nd to 24th 2017, those in cycle retail will once again flock to Whittlebury Hall in Northamptonshire for the first major cycling event of the New Year – the 13th annual Core Bike trade show.

This year’s show is set to feature an expanded lineup of exhibitors, a host of new and innovative products to test, and a chance to get your questions answered by some of the key staff behind many of the brands on display.

Notable additions to the 2017 exhibitors list include established names like Felt and Magura, along with industry giant ZyroFisher, and returning mainstays such as ASSOS, 2Pure, Chicken Cyclekit and Hotlines Europe, amongst others. For many, the show presents an ideal opportunity to discuss the coming year, and get a first-hand look at some of the products that will fuel the emerging trade of the next 12 months.

Each year the organisers make an effort to divert from the usual chaos of conventional trade shows by doing away with the vast exhibition space format in favour of more intimate and relaxed halls and small rooms. No doubt a contributing factor to its success, the Whittlebury Hall venue remains the spiritual home of Core Bike, and is located a stone’s throw from the famous Silverstone Circuit.

On the subject of the upcoming show, a spokesperson from the Core Bike Show group told BikeBiz: “We can’t wait to be back at Whittlebury Hall this coming January; we have more brands, exhibitors and products to share than ever before. The core values of the show that were instilled 13 years ago continue today with the 2017 products on show in a relaxed and friendly environment.”