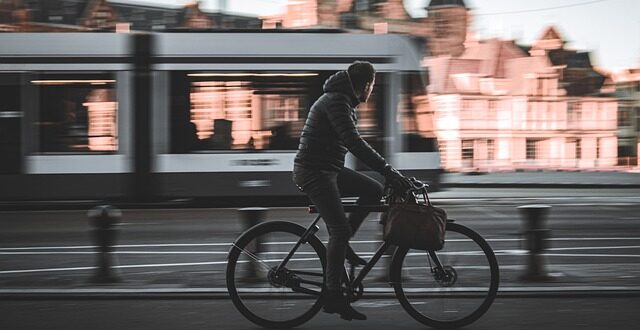 Active travel was added to a COP26 declaration on electric vehicles (Picture: vedantnileshah)

Cycling and walking added to COP26 declaration at final moment

Concerns about the lack of support for cycling and walking during the COP26 have been somewhat alleviated, thanks to a last-minute addition to an electric vehicle declaration.

The 26th UN Climate Change Conference of the Parties, being held in Glasgow, Scotland, aims to accelerate global commitment to tackling climate change, as world leaders meet to discuss their nation’s green policies.

But there has been a notable absence of commitment to encouraging active travel – walking and cycling – from leaders at COP26,  sparking a coalition of cycling organisations to call on Governments to commit to cycling.

Thanks to campaigning from cycling and active travel organisations present at COP26, and owing to a last-minute intervention from EU urban mobility co-ordinator Matthew Baldwin, a final paragraph was added to an electric vehicle declaration, journalist Carlton Reid reports for Forbes.

The ‘COP26 declaration on accelerating the transition to 100% zero emission cars and vans’ is a 700 word document that sets out a commitment to end the sale of new petrol and diesel cars and vans by 2040, signed by the Governments of the UK, Canada, Israel, Mexico and Turkey, amongst others.

Car manufacturers, including Ford, Mercedes and Jaguar Land Rover, also signed up to the commitment, however Volkswagen and Toyota declined to sign, along with the Governments of Germany, the US and France.

The declaration says: “As representatives of governments, businesses, and other organisations with an influence over the future of the automotive industry and road transport, we commit to rapidly accelerating the transition to zero emission vehicles to achieve the goals of the Paris Agreement.

“Together, we will work towards all sales of new cars and vans being zero emission globally by 2040, and by no later than 2035 in leading markets.”

However there was no mention of cycling, walking or active travel in the initial draft of the declaration until Baldwin, manager of the EU’s 100 Climate Neutral Cities project and EU coordinator for road safety and sustainable urban mobility, intervened.

Thanks to campaigning by Baldwin and others, the final paragraph of the declaration now reads: “We recognise that alongside the shift to zero emission vehicles, a sustainable future for road transport will require wider system transformation, including support for active travel, public and shared transport, as well as addressing the full value chain impacts from vehicle production, use and disposal.”

While the addition is a relief to cycling campaigners, for many its last minute inclusion is indicative of attitudes towards active travel from policymakers.