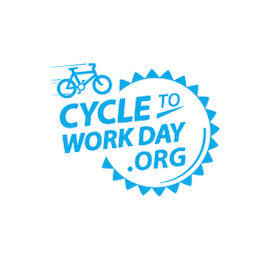 Cycle to Work Day will celebrate its fifth anniversary this September 13th.

Established by Cyclescheme, Cycle to Work Day is free for all participants. Employers across the UK with or without a cycle to work scheme in place are invited to participate in the event. This year’s Cycle to Work Day is on track to reach its goal of one million miles pledged, and participating cyclists have the opportunity to win from a prize pot worth over £5,000.

Research from Cyclescheme shows that cycling to work can have benefits for the workplace, with 45 per cent of the surveyed employees who cycle experiencing less stress at work, and 47 per cent citing improvements to mental wellbeing. In addition, commuters who regularly cycle can suffer less from illness and take fewer sick days and can save the economy an estimated £83 million each year according to a publication from Cycling UK.

Cyclescheme’s research also found that among the UK employers surveyed, 65 per cent cite a healthier workforce as a high priority. Additionally, over the past four years, the rates of employer engagement with Cycle to Work Day have risen substantially, with numbers doubling between 2014 and 2015, according to the study. In 2016, more than 1,000 employers signed up to support their staff in the event.

Similarly, individual engagement has significantly increased since the event began in 2013, with a total of 115,702 cyclists pledging to cycle over 1.5 million miles. 2016 was the most successful year to date, with more than 45,000 cyclists pledging 675,545 miles – the equivalent of completing 27 circuits around the globe or over 165 Tour de France races.

Business operations director at Cyclescheme Adrian Warren said: “Our experience over the last five years has demonstrated to us first-hand the impressive benefits that employers feel when they have a workforce with an active commute. We’re proud to give first time cyclists and seasoned cycling commuters alike the chance to engage with us each year.“