The build up to Cycle Show has begun in earnest with more brands signing up to the NEC event. BikeBiz took the opportunity to quiz event director Chris Holman on what he and the Upper Street team have in store for the bike industry and its consumers this year…

Since moving to the NEC, Cycle Show has seen more big names come back to the show year-after-year. Did the move pay off for the event?
Yes, there’s no question now that it was the right decision. If the brands that people want to see are at the show and we surround the stands with exciting and engaging feature content, then the right kind of visitors will make the effort to come in large numbers. Jumping on a train from London is so quick and easy and two hours drive time from the NEC takes in a huge amount of real estate, so it’s not surprising that last year was the busiest ever show.

It’s fantastic to have companies like i-Ride, Cube and Bianchi back at the show and they just add even more fuel to the marketing message. Madison’s decision to take nearly six times more space this year really says a lot about how good last year’s show was. With two months to go, more space has been sold than we ended up on last year.

What are the key changes in the show from last year?
This is going back a bit, but there was a quote in Dirt about Future’s first NEC Bike Show basically saying that it felt like there was something brilliant around every corner. Clearly that show had quite a few issues, but creating that buzz and excitement is something that all show organisers should be striving for.

We took the decision after last year’s show to add another track for premium road bikes. The existing road track will be just for e-bikes and commuter type bikes. The new one will be for riders in kit who want to have a serious test ride. There’ll be a changing area with lockers and there’ll be pros on the track offering advice.

There’ll also be an area showing the World Championships live where people can relax in deckchairs with a drink. Sweetspot will be bringing the Tour of Britain podium (complete with this year’s podium hostess), which will have a big screen on it, and it will be the focal point for rider appearances and signings.

The mountain bike Airbag will be making its first appearance at the show, which should create some fun moments and photo ops.

For the BMX shops, the Shop Battle now has a £1,000 cash prize for first place. It created an amazing camaraderie last year so the contest hours have been extended to allow a few more shops to enter.

It’s now confirmed that there’ll also be a GoDutch conference running alongside the show this year on the trade day. The organisers are just finalising the seminar content

Have you got any expectations in terms of growing visitor numbers?
It’s going to be very busy.

What feedback did you get from last year that you fed into the 2013 show?
We had companies that wanted to meet trade visitors on Thursday, but the public days weren’t of interest so an area has been created for them which will be converted into a café on Thursday night. It’s full up already so we’ve added extra space and it looks like it will have 15 stands in it this year which is great.

The E4 group convinced us that electric bikes should have a proper village with their own registration area for the track. As of now there are 23 e-bike companies at the show so I’m glad we listened to them.

You’ve got a full seminar schedule again? Can you give us some of the highlights?
Future is hosting two really interesting sessions for the trade this year. They will be discussing the results of their global cycling sponsorship report produced in association with Repucom and also their biketrack research which this year looked into accessories buying behaviour plus a general market overview.

Anything else you’d like to draw our attention to?
Yes, I’m sure many trade visitors will be pleased to hear that Doom Bar are bringing their pub back to the show and Nintendo will be alongside them this year. 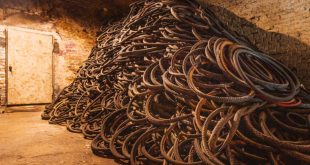