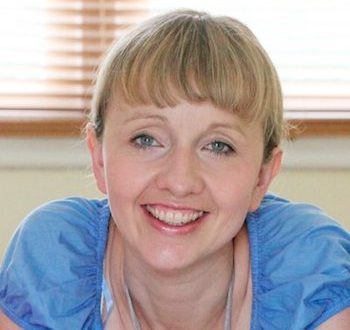 "If there is a wider debate about road safety on [our] imperfect roads that we can make it work for all road users, that has to be a good thing," Matt Briggs has told me in a frank and open interview.

Briggs lost his wife Kim – pictured – when she was involved in a road traffic incident in London in 2016. She died a week after being hit by fixie rider Charlie Alliston, whose bicycle didn’t have a front brake making it illegal for use on the public highway. Earlier this month Alliston was sentenced to 18 months in youth detention.

In a 45-minute interview we didn’t discuss Charlie Alliston directly, but we did discuss the campaign to make sure fixie retailers sell legally compliant bicycles. We also discussed Briggs’ call for a law change, bringing cyclists into line with motorists who kill.

This second part of the campaign has generated an amazing amount of media coverage, much of it highly critical of cyclists despite the fact that, in 2015, cyclists killed two pedestrians while motorists killed 409. Despite this disparity there have been promises of government action over the Alliston case, and there has even been a positive mention of the Briggs campaign by Prime Minister Theresa May. Thanks to tabloid headlines and angry columnists the Department for Transport has said it will carry out a review of “cycle safety” and the minister for transport has sent out an extraordinary letter asking cycling organizations to police cyclists, the kind of letter that has never been sent to motoring organisations (I checked).

Briggs has been on the BBC, Sky News, LBC and all over much of the rest of the media. But this was his first audio interview with a cycle journalist, and I asked questions that the mainstream media didn’t.

I was interested to find out whether Briggs thought his laser-focussed campaign, which has seen unusually swift promises of action from an otherwise Brexit-fixated government, could be used by other road safety campaigners, many of whom have also lost relatives in tragic road incidents.

"I think the government is listening to that debate," Briggs told me. "And if that debate is widened, and we get progress, that has to be a positive."

"I’ve been looking at my Twitter followers," joked Briggs. "I only have 400 – I’m not exactly Taylor Swift – it’s equally split between journalists, cabbies and cyclists. What could possibly go wrong?"

Via Twitter Briggs calmly answers critics, many of whom point out that motorists who kill often get off without any sanctions whatsover.

"There’s an angry discourse out there," said Briggs, "and if that is translated out there on the road we’re never going to get anywhere. By calming it down, by not shouting at each other, we can get the progress that I want to see and we can also make the progress others want to see."

The full interview can be heard on the Spokesmen podcast. This has been narrowcasting since 2006 and is available on iTunes.