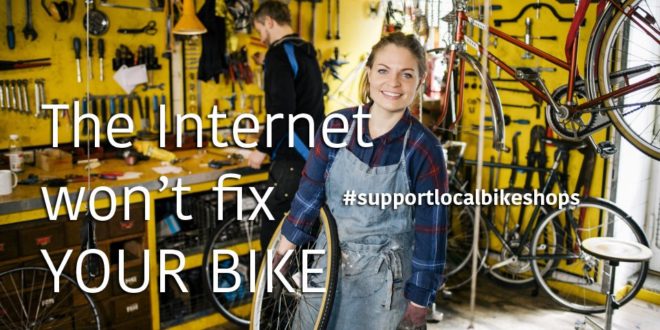 Cycle mechanics are worth their weight in gold

“If you want to have a bikeable city, support your local independent bike dealer and repair shop,” wrote Treehugger.com last month. This was in response to an anonymous op-ed by a bike shop owner on BikeBiz.com which concluded that “independent bicycle dealers are more necessary than is ever really appreciated.”

Bike shops “are not out to fleece customers,” wrote the IBD, “they are providing an essential service to cyclists.” Service as in bricks-and-mortar retail but also service as in servicing. “The internet won’t fix your bike,” added Treehugger.com.

Except that it will. Or, at least, a bunch of online videos will. “Why pay bike shops for something easily learned on YouTube?" went many of the social media replies to the BikeBiz opinion piece.

Of course, it’s rather more complex than that. Equipping a modern cycle workshop is costly, as is putting staff through specialist mechanic programmes and sending them to “free” product training days.

The concept that bike servicing is somehow easy needs to be stamped out – diagnosing e-bike snafus and Di2 fade-outs is highly technical; fitting or fettling internal hydraulics is not for the faint-hearted; and, really, who wants to helicoil a crank at home? And how many amateur mechanics know that the limit screws on a Shimano derailleur aren’t turned with a Phillips head they should be using a JIS screwdriver?

Personally, I already believe that cycle mechanics are demigods, and am more than happy to pay whatever-it-costs to get one of my precious fleet back on the road, but family and friends have often revealed to me, in shock, how much they spent on getting their “push bikes” (aaaaarghhhh!) fixed. But they make no similar complaints when spending the best part of a fiver on a gourmet caffeinated beverage.

And there’s the rub – they believe their coffee has been extracted by a highly-trained barista but have no idea of the time and expense required for putting a bike mechanic through Cytech technicals one, two and three, or their equivalents.

It’s time we told the world. How? Through the sort of industry marketing initiative that can only really be done by a national organisation such as the ACT or the Bicycle Association. Which one will make the first move?