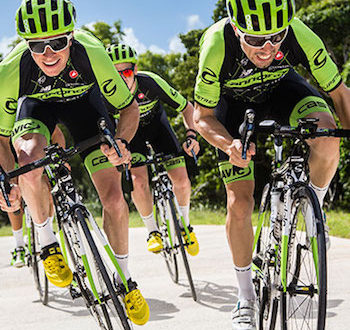 Dorel Industries has reported that second-quarter revenue was down 11 percent in its sports division, including its bicycle businesses. Via the Cycling Sports Group the Montreal-based company owns Cannondale, Caloi, GT, Mongoose, and Schwinn.

In an earnings call, Dorel CEO Martin Schwartz said: "The bicycle market is facing continuing challenges in North America. But our adjusted operating profit was up despite poor weather everywhere and fundamental issues in the retail environment."

Dorel’s CFO Jeffrey Schwartz said: "CSG second quarter revenues declined, but virtually all of that is due to lower discounted sales in the IBD channels. Our closeouts represented only 7 percent of our volume versus 21 percent last year. And if you remove all of those revenues, we’re flat year-over-year. So in a weak bike market, we’re satisfied with that."

CEO Schwartz said: "I would venture to say that those inclined to buy a Cannondale will do so while those purchasing a Schwinn have delayed that or cancelled the buy this season.

He added: "Overall, our bicycle brands are doing well. We are taking shares from others, particularly in North America and in the sporting goods channel. This is a tribute to our product innovation and to the manner in which our team service our customers.

"And of course, we have great new products. Cannondale launched the Revitalize model year ‘18 Synapse last year in U.S. and Europe, a bike which represents a very large percentage of total Cannondale sales. The SuperX SE designed for the more adventurous rider, was also introduced, and it is the first model in a broader range that will follow.

"I’m very pleased to report that the Cannondale pro cycling team has its best showing ever at last month’s Tour de France, with several notable accomplishments. The team captured 2 King of the Mountain jerseys for Best Climb, had a stage win, and team member Rigoberto Urán finished second overall.

"Cannondale garnered strong international media exposure throughout the race as Urán worked his way up to second place. A July television campaign in North America to support the new Cannondale Synapse had that much more impact because of the team’s success."

On the earnings call CFO Schwartz added: "We’re expecting a good year next year on bikes in the mass, but how big is the bounce back? We don’t know."