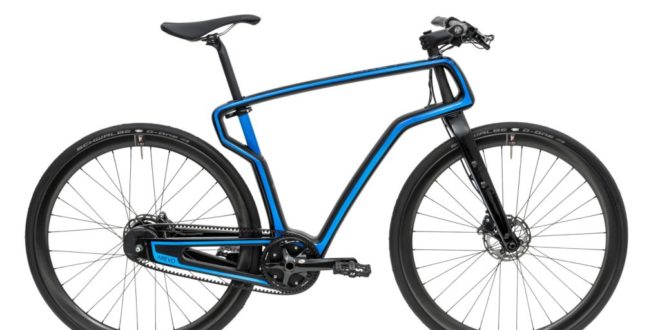 To demonstrate its capabilities to quickly and economically produce complex shapes out of composite materials Arevo of Silicon Valley, California, has made a carbon-fibre framed bicycle. As the frame is made with a robot there are low labour costs and the firm’s technology could enable the mass manufacture of composite frames.

The start-up has raised $12.5m to commercialise its "digital additive manufacturing" process.

Part of the start-up’s first round of funding came from In-Q-Tel, the venture capital arm of the USA’s Central Intelligence Agency, or CIA.

The company – which is led by early Amazon and Google executive Jim Miller – estimates it could make a bicycle frame for $300. Miller said he is in discussions with bike companies to "reshore" frame manufacturing from Asia to the US.

No layering of strips by hand, Arevo’s technology involves a “deposition head” printing out a 3D shape with strands of carbon fibre mixed with a thermoplastic bonding material. The Arevo bike – without a sat stay – was made with the help of Studio West.

Miller oversaw Amazon’s expansion from books, music and video to full-range fulfillment capabilities as vice president of supply chain. He later became vice president of worldwide operations at Google. His appointment at Arevo comes at the same time as an injection of new capital. $12.5m in Series B financing was led by Asahi Glass, with Sumitomo Corporation of Americas, Leslie Ventures and Khosla Ventures.

He said: "We have the technology, team and tools to commercialise our software and fabrication process to build high strength parts that the manufacturing industry hasn’t been able to conceive and construct before.”

Miller’s appointment coincides with the close of  The new financing will help the company build on its groundbreaking R&D success and focus on the full-scale commercialization of its technology across a diverse set of industries such as aerospace, defense, transportation, automotive, consumer electronics, sporting goods, medical, and oil and gas.