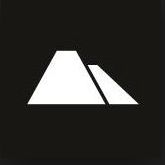 Canyon to pump-prime its entry into US at Bike PressCamp

Consumer-direct Canyon Bicycles of Germany has taken one of the condo spaces at Bike PressCamp, due to be staged in mid-June. The media schmooze-fest – staged in Deer Valley, Utah – attracts editors from cycle titles as well as a smattering of non-endemic media.

"Canyon selected PressCamp as one of its many media activation events globally because of the opportunity it allows to tell our stories to a variety of journalists in a one location," said Canyon USA president Blair Clark, a an attendee at the network-and-ride event during his time at Smith Optics.

"In Park City, our stories can come to life on great terrain and validate the unique technologies behind the Canyon brand."

PressCamp’s Lance Camisasca said: "We are flattered that Blair – no stranger to PressCamp – chose our unique media opportunities."

Like last year, Bike PressCamp will be run in conjunction with Outdoor PressCamp, with journalists brought together on two occasions, including the opening reception on June 19th. At a joint lunch event on June 21st the journalists will hear from Utah Lieutenant Governor, Spencer Cox and Utah Director of Office of Outdoor Recreation Industry, Tom Adams.

"We are very excited that our two industries will have the opportunity to better understand the hot-button Federal Lands issue," concluded Camisasca.

The two PressCamps are owned by event organiser ECRM.