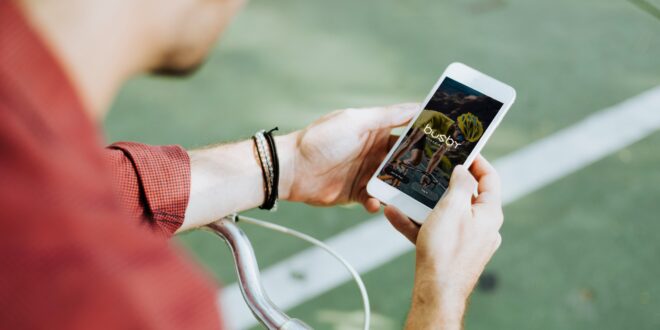 Busby has been ranked number four in the BusinessCloud TransportTech 50, a list of the most innovative transport technology creators for 2021.

The Liverpool-based app fought off competition from an 83-strong shortlist which was decided by an independent judging panel and a public vote, recording over 1,200 votes.

Co-founder and operations director James Duffy said: “We want to make Busby as widely used as possible by integrating it into partner apps across the world. We want people to think or know of Busby as ‘the app for protection’, so we’ve got some fairly big plans.”

With users in 129 countries, Busby can verify three lives have been saved through the protection of the app, which was inspired after co-founder Barry Green was involved in a road accident whilst out on his bike. Co-founders Kirk Ryan, Duffy and Green have been ‘on a mission ever since’ to help protect individuals by enhancing their safety through the mobile app.

For six years, the three founders have been innovating technology that could detect incidents and falls. The app transforms your phone into an intelligent incident detector that runs in the background and can automatically protect you each time you leave your house, using the SmartStart function.

If a Busby user happens to experience an incident and impact is detected, Busby will give them 30 seconds to respond. If the user is unresponsive, their live location will be sent using What3words to their emergency contacts so that they can provide the necessary help. This is enabled by Busby’s algorithm, which the company says has an accuracy rate of 99.99%.

As the technology continues to advance, Busby has begun to explore and introduce new features. It has introduced an SOS feature that enables users to discreetly call for help in vulnerable situations.

Live tracking locations are sent to emergency contacts and nearby Busby users via SMS, ensuring the network of Busby users can receive help if emergency contacts are unavailable. The introduction of the ‘Group Safety’ feature has also strengthened the app’s offering as it keeps people together safely, letting each person in the group know each other’s location.

All users are also rewarded for using the app via Sweatcoins, a new type of currency. These can be redeemed in exchange for exclusive rewards, whilst Busby Premium users have access to exclusive partners and higher discounts.

“We believe safety to be paramount and everyone should have the confidence to feel protected,” said a Busby statement. “The convenience of such an influential tool on your phone is empowering and we hope to help even more users across the world in the future.”

Busby is available to download for free from the App Store and Google Play.

Previous BikeExchange appoints Joe McArdle as global head of seller and merchant success
Next Ison Distribution managing director Lloyd Townsend: ‘We have been running at pretty much ‘flat-out’ levels since April 2020′