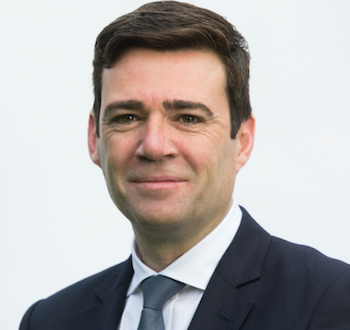 When he was appointed as Greater Manchester’s cycling and walking commissioner Chris Boardman said he hoped Manchester could be transformed into a cycling city. It now appears that Boardman has the full approval of Greater Manchester’s Mayor Andy Burnham. Boardman also has a healthy budget to work with, details of which will be revealed on Friday.

Burnham has said transport is his number one priority as a Metro Mayor and today he fleshed out his plans, plugging not more roads for motorists but plans for better buses, trains and, critically, cycling infrastructure.

"We have got to grasp the nettle and get it done," stressed Burnham. "We cannot leave things as they are."

Today’s speech at the Urban Transport Group Conference in Leeds ended on a call for more to be done for cycling in Manchester.

Burnham said: "Other cities have shown that if you build high-quality cycling infrastructure then people will use it.

"Later this week Chris Boardman will be publishing his report on how to make Greater Manchester the best place for walking and cycling in the UK,and in doing so achieve that modal shift we need.

"It will challenge us to be bolder than we have been in the past and I am determined that we meet that challenge."