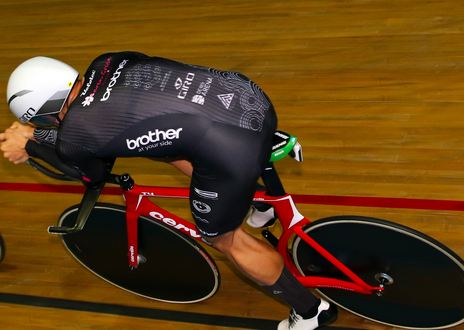 Brother UK will sponsor a new track team for 2017

The UK-based team will target competing in the UCI Track World Cup in October as well as UCI Class 1 events in Portugal, Switzerland and the Netherlands. It consists of four riders; Dan Bigham, Jonny Wale, Jacob Tipper and Charlie Tanfield.

The quartet previously competed together in the 2017 National Track Championships in Manchester, with Bigham becoming British champion in three separate disciplines – the individual pursuit, kilo and in the team pursuit.

Managing director of Brother UK Phil Jones MBE said: “I’ve been hugely impressed by the performances of Dan, Jonny, Jacob and Charlie this year, having seen them in action in our Brother UK sponsored team, Brother NRG. The dominance of the quartet in the National Track Championships was sensational and I have no doubt that they will continue to dominate the competition. The team have ambitious plans and their ethos really fits in well with what Brother UK is all about; teamwork, partnership and delivering results.”

Dan Bigham of Team KGF added: “We’re really pleased to have Brother UK on board as a sponsor for the team. The commitment they have shown to cycling over the years has been incredible to see. We have big plans for Team KGF and working with them will help provide the support we need to keep producing great results going forward.”

Brother UK has invested in the cycling sector for more than six years with the provision of neutral service vehicles to high level domestic races and sportives. It is also official print, imaging and results partner for The Tour Series, The OVO Energy Women’s Tour and OVO Energy Tour of Britain alongside sponsorships of four domestic race teams.