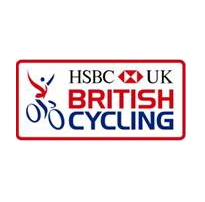 British Cycling’s Junior Academy, Development and Apprentice squads came together at the weekend for the first time this season in training camps taking place around the country. A total of 86 youth and junior riders took part.

A total of 86 youth and junior riders took part.

British Cycling’s Junior Academy programme will support 25 endurance riders and track sprinters aged between 15 to 17 years in age for the 2017/18 period as part of UK Sport’s World Class Performance Programme. Additionally, British Cycling and its partners will continue to support the Olympic ambitions of 16 development athletes from the mountain bike and BMX disciplines.

A squad of 45 Apprentice riders aged 14 to 15 years in age has also been confirmed for the coming year. Allocated to one of four Great Britain Cycling Team Foundation coaches, youth riders will now undertake residential and local activity to continue to build on the habits, routines and skills they have learned so far and develop what they will need to make the step up to junior level racing.

Performance pathway manager for the Great Britain Cycling Team Ian Yates said: “I’m happy with the calibre of riders returning and coming on to our programmes this year and excited about our prospects at the Paris and Los Angeles Olympic Games in 2024 and 2028 respectively.

“We’ve seen a notable increase in the level of talent within these age groups, which is testament to the work British Cycling is doing at youth and junior level and also to the strong club and development system we now have in place throughout the country.

“The increase in talent makes it tougher to decide who should get a place on our programmes but that’s a good problem to have as it means the riders will have to raise their ability level that little bit more which in turn means everyone continues to improve.”