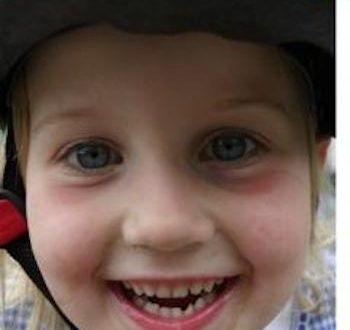 In 2007, Peter Bone, the Tory MP for Wellingborough, and then Secretary of the All-Party Road Traffic Group, introduced a 10 minute rule bill on cycle helmet compulsion for children. The bill failed to win support. However, the MP – one of the leading proponents of Brexit – has returned to one of his pet causes and he has introduced a new bill, which would "require children under 16 to wear a safety helmet when riding a bicycle on a public highway; and for connected purposes."

This private member’s bill is expected to have its second reading debate on 1st March. It’s unlikely to reach the statute books, partly because too few MPs are likely to support it but also, of course, because the UK Government will be bogged down with Brexit matters for years to come and minor legislative changes such as those proposed by Bone and others won’t see the light of day.

In 2004, a similar bill was ‘talked out’ of the House of Commons. Eric Martlew, the then Labour MP for Carlisle, wanted his ‘Protective headgear for young cyclists’ private members’ bill to force all those under 16 to wear helmets when cycling. He was briefed for this task by single-issue pressure group, BHIT, ("Be-hit") the Bicycle Helmet Initiative Trust.

His actions caused an uproar from cycle organisations afraid that forcing folks to wear helmets when undertaking a very healthy, safe activity would lead to a decrease in the numbers of people cycling. (The Department for Transport has, for many years, been against compulsion, preferring helmet promotion.)

In 2011, the LibDem MP Annette Brooke failed to get parliament to pass a bill forcing junior cyclists to wear helmets. The then MP for Mid Dorset and North Poole said her bill aimed to "protect children from head injuries, and the devastating effects of brain injury, by making it compulsory for those under 14 to wear cycle helmets."

However, in her bill and those from others, including the current one from Peter Bone, children climbing trees, or travelling in cars, or walking on streets, or skateboarding, or riding kick-scooters, were not required to wear helmets, compulsory head protection is always only for cyclists.