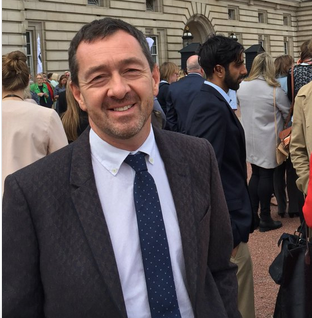 British Cycling’s policy adviser, Chris Boardman, believes his appointment as Greater Manchester’s first cycling and walking commissioner is the ideal way to promote the interests of cyclists and walkers across Britain.

Boardman was appointed by Mayor Andy Burnham in July, and will begin his role officially on September 1st.

“In a sense, I’ll be enhancing my qualifications and be able to advance the cause, which is just allowing more people to ride bikes and get around by bikes and walking,” commented Boardman. “This is probably the best mechanism that we at British Cycling could ever have had given to us to get the job done.”

Boardman has been a policy adviser for British Cycling since 2013, and will continue to hold this role alongside his new commissioner duties.

“With all the work at British Cycling I’ve come to get an understanding of the challenges of cycling and walking, like why people don’t do it, why people don’t create the infrastructure for it and the politics that are in the way,” he added. “Now I’ve got an opportunity to be on the other side of the fence and help to clear some of those obstacles away.”

Commenting on Boardman’s appointment, British Cycling’s CEO Julie Harrington said: “Chris Boardman’s passion in campaigning for better places to live and work for all road users over the last five years as British Cycling’s policy adviser make him ideally placed to take on this role. He will be a fantastic asset to the mayor’s team.”

Share
Previous Castelli is back in pink as it signs jersey deal with Giro d’Italia
Next Olympic cyclist Katie Archibald partners with Wonderful.org