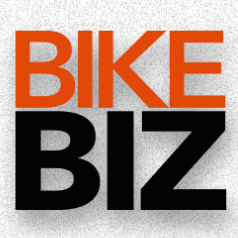 Here you’ll find a condensed roundup of top stories from the last seven days, complete with links to each article. BikeBiz.com aims to bring you all of the latest breaking news from the cycling industry in one convenient place, check back to the news page regularly for continued updates.

1. What the hell happened at Vulpine?
The adjective "vulpine" means “relating to a fox or foxes” and is therefore, perhaps unfairly, associated with the supposed fox-like traits of being crafty and cunning. Foxes get an unfair press, so how about Vulpine the cycle clothing company? Until it announced its collapse to 588 “crowd” shareholders at the start of May, Vulpine’s press profile was, to say the least, stellar. Vulpine founder Nick Hussey was fêted as a visionary, an entrepreneur who asked for crowdfunded investment of £500,000 and raised twice as much. He was invited by the BBC to drape his cycling togs over the desk of a business programme, and he was plugged by cycle magazines. To read more on this story, click here.

2. Volvo’s cycling "LifePaint" ad is banned by watchdog
The Advertising Standards Authority has ruled against the claims made in ads produced to promote Volvo’s retroreflective "LifePaint". The ads cannot be shown again, said the ASA. LifePaint – billed as "victim blaming" by some cycle advocates – was developed with Swedish start-up Albedo100 and was initially distributed via bike shops on a trial basis. It was released commercially in October 2015. A Volvo ad for the product remained online for almost two years until the Advertising Standards Authority received two complaints, prompting the investigation. To read more on this story, click here.

3. TfGM releases animal-fueled infrastructure video
Transport for Greater Manchester has released an info-packed new video depicting the alterations taking place on Oxford Road. The clip uses a host of commuting anteaters and Brompton-riding bears to inform the public about the pedestrian and cycling changes in the area, which include the creation of new ‘Dutch-style’ cycle lanes and priority crossings. To read more on this story, click here.

4. Bike Europe’s e-bike whitepaper is wrong for UK, say orgs
The Bicycle Association of Great Britain and the Motorcycle Industry Association have issued a joint statement raising UK-specific concerns about a recent e-bike whitepaper from the Bike Europe trade magazine. The statement notes that the whitepaper says electric bikes intended for off-road use can avoid the requirement to be type approved before sale, even if they fall outside the strict limits on continuous rated power (250 W) and motor cutout speed (25 km/h) for an electric bike in the UK to be treated in law as a bicycle, not a motorbike. To read more on this story, click here.

5. £15 million in funding awarded for cycling infra in Scotland
More than £15 million in grant funding has been awarded by active travel charity Sustrans Scotland for the creation of walking and cycling infrastructure in Scotland over the next year. A total of 44 organisations including local authorities, housing associations, national parks and community trusts are to be awarded grants from the Sustrans Scotland administered Community Links programme, which is funded by Transport Scotland. To read more on this story, click here.