According to a survey from insurer LV=, 260,000 cyclists suspect the bike they purchased second hand in the last 12 months had been stolen.

Based on an average bike price of £220, the insurer has calculated the value of the bike black market to be over £58 million.

Of the 79 per cent of bike owners surveyed that would consider buying a bike second-hand, more than a quarter (27 per cent) said they wouldn’t ask about the bike’s background.

A number of registration services have been set up to curb the sale of stolen bicycles, including BikeSecure and Bike Register.

“Bike theft is a growing problem in the UK, with thieves able to easily sell bikes on second-hand,” commented LV= home insurance John O’Roarke. “Cyclists should ask about a bike’s history before buying it, ask to see the original receipt or paperwork and resist the tempting price tag if they think it may be stolen.

“It is also worth looking to see whether a postcode or serial number has been scratched over, which is often the case with stolen bikes. Otherwise they’ll simply perpetuate the bike black market, which could result in their own bike being stolen too.”

Theft stats and prevention
Research from criminologists for LV= home insurance revealed that cyclists can make themselves a target for thieves unwittingly. Thieves look for clues such as bike racks left on cars, indicating there may be bikes stores in the shed or garage. It’s worth bearing in mind as, according to LV=, most bike theft takes place outside the owner’s home with three in ten (30 per cent) of those who have had a bike stolen saying it was taken from their shed or garage. Nearly a fifth (17 per cent) said it was stolen from their driveway.

Opportunistic theft poses different challenges with one in ten having their bike pinched from outside their office. Nine per cent have had a bike taken while parked outside a bar or restaurant.

LV= was understandably keen to point out that 24 per cent of bike owners assumed that they are automatically covered on their home insurance for bike theft away from the home. 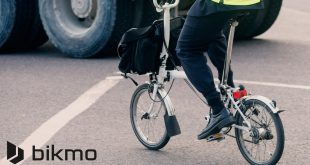