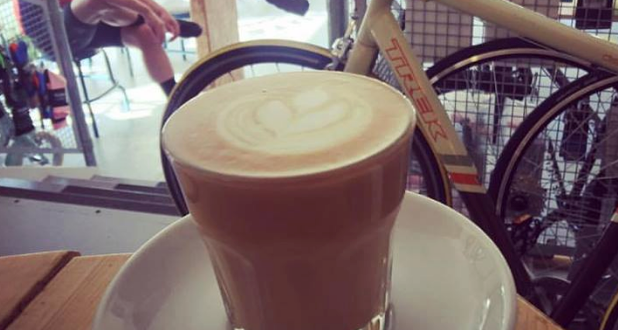 BEING DIFFERENT – STAYING AHEAD

It’s an interesting time to be in retailing. OK, the market is tough, costs are rising and on-line is undercutting the high street. But, as Liam FitzPatrick has been finding out, customers are responding to new ideas.

Business advisors love a made up word – accountants Deloitte have given us ‘speciation’. And apparently, it’s the way forward for retail.

According to a review of the state of the retail sector; retailers’ salvation, in the face of rising costs and weakening influence over suppliers, will come from stronger specialisation and differentiation – speciation. In order to stop shop keepers being replaced by click mongers, Deloitte argues that the future belongs to the retailer who can innovate and stand out.

It’s a message that isn’t lost on the bike business – we take a look at three business that have taken the message of specialisation and differentiation to heart.

The Commute – Socialising the shopping experience

When Gavin Smith decided he wanted to open a cycle business in Yorkshire’s cycling heartlands of Ilkley, he knew he’d need a different take on things.

“There are some good cycle stores around here and people get a pretty good service,” he explains, but we wanted to create a meeting place; a hub where people who like being around bikes could meet people of a similar mindset.”

The Commute was born just over a year ago offering a 35-seater alongside the facilities you’d expect in a bike shop; repairs and a range of machines. “We’re happy to sell you a bike or just have you coming in to watch the racing on the TV,” says Gavin. “The crucial thing is that people shouldn’t feel intimidated; our attitude has been a big thing in building a friendly atmosphere that welcomes cyclists and non-cyclists alike.”

Gavin estimates that about 40 per cent of his turnover comes from the café side of the business but selling coffee in a town like Ilkley isn’t easy. The shop has to compete with the big multiples like Costa and Café Nero, several boutiques and Yorkshire bun and beverage aristocrats Betty’s. He stresses, “we have put a lot of effort into getting the coffee right and we have found that a simple menu helps bring in the cycling clubs.”

In addition to the coffee, the Commute runs events and plans to expand its programme. “We’ve managed to pack 100 people in when we’ve held talks and there is a lot of interest in our maintenance classes. We’ve also sub-let space for a pop-up shop selling kids clothes. It all helps bring people through the door and see what we’re doing with bikes.”

Commute stocks bikes by Charge, Bobbin and Beacon – the latter being an exclusive arrangement with the Clitheroe bike builder. In time, Commute hopes to work with some of the major brands but knows that it needs to be more established to break into those conversations.

However, Gavin is very pleased with the brands with whom he works today: “We put a lot of effort into choosing the brands we worked with. We knew that we were going to struggle to land a big name from the start but we have been careful not to be too quirky. People around here want a road bike with a known combination of components; you have to work with what the customers understand.”

The shop offers repairs supported by a part-time mechanic who does the complex jobs.

It has not all been plain sailing for Gavin and the small team: “Getting people locally to try us has been a challenge; some people are confused by the idea of a café in a bike shop or a bike shop in a café. We have had to work hard to get people to step in and try a coffee but we think that being welcoming is how we’ll build up a following.”

He also warns that his business model might not work everywhere: “We’ve done well in Ilkley with the popularity of Cycling and the format might be attractive in a big city but you have to keep an eye on the set-up and operating costs.”

Cycle tech – mobile mechanics – a business on the move

Martin Wilkins has been running his mobile repair operation out of High Wycombe in Bucks for just over nine years. And he’s seeing a real growth in demand for the service he offers.

“In recent years, I have actually found myself needing to travel less and less as the customer-base close to me has kept me busy,” he explains.

He was inspired to start the business after meeting an Australian when travelling in Cuba, “I thought it was a great idea,” he recalls “but it just wasn’t something customers naturally thought of. I had to be creative at getting the name out there; for example running a Saturday bike clinic on a busy main road where customers can drop their bike off for a same day service or while they waited.”

“I think one of the things in my favour was that in my area, a lot of shops were having to turn away work simply because they don’t have the space to store bikes. But we turn up at someone’s house and do the work.

“We also benefit because when we turn up it’s rarely just a single problem and rarely just the one bike. People ask us to look at other bikes in the garage and often the neighbours start bringing bikes out as well; you have to leave room in your bookings to cope with the unexpected.“

Martin stresses the importance of a decent sized van to carry the full workshop: “I tend to work outside but you have to carry a lot of stock these days; when people ask me for advice about setting up in this business I always tell them to get the biggest van they can afford. In a van you can pretty well do anything and the main restrictions on finishing a job is the availability of parts.”

Like high street shops, Martin can struggle to make a margin on parts and being mobile doesn’t exempt him from the challenges of hunting down parts and having to cope with the infinite idiosyncrasies of different distributors. “I tell potential new business that it’s a six month learning curve to understand how the business works!” he laughs.

Talking to potential new mobile repairs business is something Martin does a lot of. “We go through phases of being approached two or three times a month by someone who wants to set up and we’re seeing bigger business like Velofix and Beeline getting involved – the supply side is certainly growing.”

Through Cycle Tech UK, Martin and other independents support each other and new entrants. People setting up who want to be part of the national group are expected to take Level 2 training as a minimum and within their first year to have done high-end wheel building, disc brake and suspension, BOSCH e-bike training. Additionally, the wisdom of ten years of experience is distilled into a detailed welcome pack that covers everything from advice about a van, tools, insurance and working with suppliers.

Being mobile also doesn’t exempt Martin and his ilk from the normal workshop challenges of dealing with customers who think that “taking a quick look at…” will be exactly that or the customer who disappears on holidays for a month leaving him with a lock-up full of bikes. And of course, Martin regularly faces the diplomatic test of having to explain that repairing a BSO bought on eBay might actually cost more than buying a proper bike.

“Whilst the mobile repair specialist offers convenience, I don’t think we’ll put bike shops out of business,” says Wilkins. “They can carry accessories and a bigger range of parts and, assuming the council lets customers part outside, they can be the convenient choice for some people.

"What we can do well is that we can avoid a lot of the fixed costs from operating on a high street and, assuming we can meet demand, we’re there the day before a big event when the customer realises that something needs attention.

“And people like going into a shop and browsing; as long as they have a good experience they’ll be loyal,” he adds, although he reflects that “increasingly with on-line shopping we’re seeing customers with no real affiliation with a physical shop why they then call the Mobile Mechanic. Customers often feel that they are getting good value – especially when they are talking directly to the mechanic who can show them exactly what needs to be done.”

Increasingly, customers are asking him to fit parts they have bought themselves “Online isn’t going to go away,” he says “and as long as I can be paid for my time I’ll work with it.” However, he is a fan of working with trade suppliers “If I can get stuff cheaper elsewhere I’ll make sure my supplier knows but a knowledgeable trade supplier can save me a lot of time and grief; we should support them where we can.”

Martin explains that Cycle Tech UK is a cooperative of like-minded businesses that support each other. As a collective, their offer extends to running home mechanics schools and even fielding seven people to provide the mechanical support on the Dragon Ride this year. The group is investing in new tools like an app to help riders track their maintenance and sharing good practice advice for its members.

“Going mobile isn’t for everyone; it’s a big shift from being just a mechanic to running a business, building a customer base and taking responsibility for keeping on top of your skills,” says Martin “and a number of my colleagues have set up shops of their own because their operations have grown.”