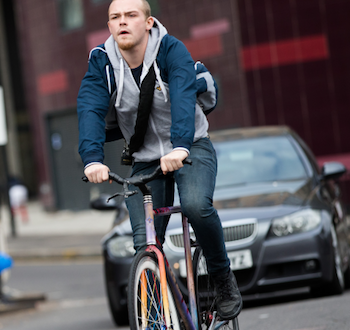 “Remember, you’re representing cycling," says a new how-to video from British Cycling, "and the way you ride could well influence the attitude of other road users to fellow cyclists."

This is the message in the first of thirteen "Commute Smart" videos from the governing body. Cycle campaigners regularly state that such a "collective responsibility" stance is unhelpful, unproductive and unpoliceable. For instance, no motoring organisation tells motorists that the sins of one reflects on all.

The videos themselves are solid, packed full of good advice.

They were commissioned by British Cycling following a survey of 130,000 members which revealed that the top commuting hazards for cyclists were unsafe road surfaces and vehicles overtaking too closely.