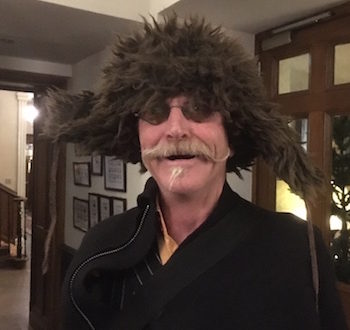 In the aftermath of the recent wildfires that swept through Northern California, four Bay Area Trek Stores have partnered with Trek Travel, Trek-Segafredo rider Peter Stetina, and the one-and-only Gary Fisher to host a ride in support of wildfire relief efforts.

The four stores are those of Santa Rosa, Berkeley, Marin, and San Francisco.

The ride will be a casual 30 mile affair through the heart of wine country, and will be supported by Trek Travel’s guides. There will be tech support, a gourmet picnic lunch hosted at La Crema Estate, and a route selected to challenge casual as well as seasoned riders. The ride costs $25 per person, though additional donations will be accepted. All proceeds raised from the event will benefit the Redwood Empire Mountain Bike Alliance to get people affected by the fire back on bikes. Trek Bicycle will match the donation of all rider entry fees.

“The need right now is so great and cyclists in this area are some of the best people in the world,” said Trek-Segafredo’s Peter Stetina. “Cycling brings people together and I’m excited to support any relief efforts.

Other bike industry wildfire relief efforts include employees at Yuba Bikes donating one day’s worth of wages to the North Bay Fire Relief Fund.