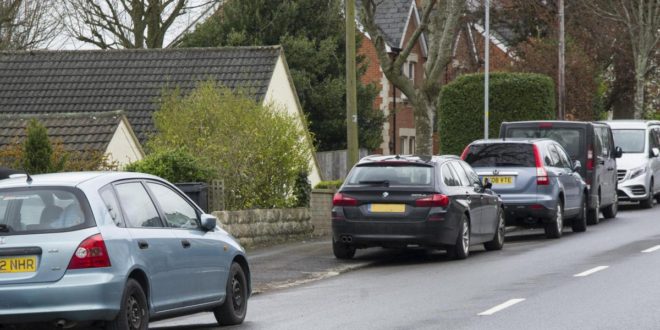 A new alliance of the UK’s leading walking and cycling organisations has called for pavement parking to be banned.

The alliance, which has also appealed for higher-quality cycling infrastructure, a 20mph limit on local streets and an overhaul of the Highway Code, is made up of the Bicycle Association, Cycling UK, the Ramblers, British Cycling, Living Streets and Sustrans – representing a collective membership of over 330,000.

At a cycling conference in Manchester today, the new collective launched its ‘Moving the Nation’ manifesto, unveiling a new vision for the future where everybody in the UK can “live, work and play in places that are healthy, vibrant and that make walking and cycling the natural choice for short journeys”.

It outlined the first five steps it would like to see the Government take on board to realise its vision:

Speed
Lower default speed limits to 20mph for most roads in built-up areas, and 40mph for the most minor rural roads to make our roads and streets safer for everyone.

Space
Adopt and ensure consistent application of existing ‘best-in-class’ infrastructure design standards to create safe, attractive and inviting places for people of all ages and abilities to walk and cycle.

Safety
Revise the Highway Code to improve safety for people walking and cycling, particularly at junctions.

Culture
Provide cycle training for all children during their primary and secondary school years and embed a culture of walking and cycling throughout the school curriculum.

Sustrans CEO Xavier Brice said: “For too long now, our towns and cities have been designed around cars and motor vehicles, leaving them unsafe, unattractive and difficult to move around on foot or by bike.

“Sustrans advocated for the Cycling and Investment Strategy, and with the launch of the manifesto, we want to ensure it is strengthened so that walking and cycling becomes the natural and realistic choice of transport for everyone, regardless of age, gender and ethnicity.

“Today, we are setting out a tangible vision of what good would look like and are calling on the UK Government to take urgent action, to unlock the incredible benefits in terms of health and economy which walking and cycling can deliver.”

Also speaking at the launch was Chris Boardman, who last year was appointed Greater Manchester’s Walking and Cycling Commissioner by Metro-Mayor Andy Burnham.

He said: “Getting more journeys happening on foot or by bike has a transformational effect – as we’ve seen in many cities around the world.

“These asks make logical sense and will go a long way to realising our ambitions to create better towns, cities and neighbourhoods across the UK.”

Julie Harrington, British Cycling CEO, added: “More people cycling and walking will reduce congestion, lower the costs of ill health on the NHS, and make our local communities safer and more pleasant places to be. The Government’s Cycling and Walking Investment Strategy is a step in the right direction but we need to do more.

“By speaking out for the first time with one voice, we have set out a clear vision for the future which will help our country become happier, healthier and greener.”

The vision set out in ‘Moving the Nation’ includes a number of areas of action, including making walking and cycling the natural and easy choice for all short journeys; making sure every town and city is served by a core network of protected cycle routes and walking routes, particularly connecting people to green spaces; ensuring that every rail and bus stop has facilities that prioritise cycling and walking; making sure that every child is able to walk and cycle to school in safety and with confidence; and giving everybody an opportunity to take up walking and cycling, through programmes in schools, workplaces and local communities.

Aside from the five first steps outlined in ‘Moving the Nation’ the alliance is calling on the UK’s Cycling and Walking Investment Strategy (CWIS) to be strengthened, alongside walking and cycling’s place in the planned new Road Investment Strategy (RIS2). It’s also calling for long-term dedicated investment, to reflect a Safety Review carried out as part of the CWIS, and backed by charging for pollution.