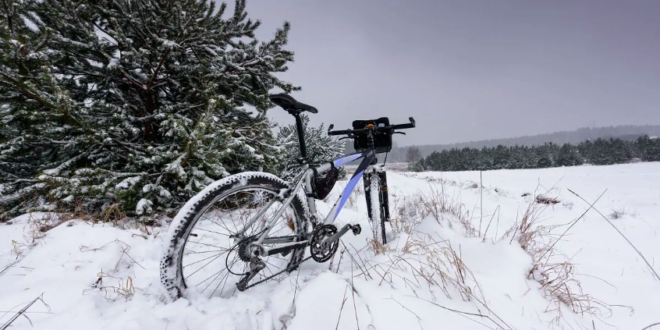 The 2018 festive period was an anxious time in retail, with pre-Christmas warnings that low consumer confidence and high levels of debt would translate to depressed footfall on the High Street. This, pundits predicted, would simply add to a long period of declining activity for bricks and mortar shops. Springboard, which provides retail performance analysis for the High Street, predicted footfall on the High Street would drop 4.2% in December 2018, compared to 2017 when footfall was already down. What actually happened was a 2.6% decline in footfall in December 2018, the second largest drop since
the 2010 recession.

Springboard summarises it as: “The 2018 Christmas trading period will be remembered not for the weather as it often is, but for the challenges faced by retailers.”

Its Christmas report characterised early December by declining footfall, partly due to an increase in popularity of experiences as gifts, and partly due to plummeting consumer confidence. In the second half of the month, it says numbers rallied, before dipping again for the final week before Christmas.

This time next year, cycle industry-specific market data will be available for Christmas 2018 and 2019, thanks to the Bicycle Association’s new initiative, run by Sports Marketing Services (SMS). This will give us a more accurate picture of festive performance across the cycling industry. For now, BikeBiz caught up with a few willing retailers to see how Christmas was for them.

Some declined the opportunity to talk, but those who did reported a mixed performance over the festive period. What we got was perhaps a limited, if interesting, snapshot of the current situation.

Calvin Cox, head of brand marketing at Sigma Sports
Overall, it’s been another successful year for Sigma Sports as the demand for the great brands we stock continues to grow. Despite being out of season, we still see strong demand for a wide range of categories – we’re even seeing growth in the sale of road bikes over the winter months. That being said, I think the last few weeks before Christmas trading is a challenging period for many retailers in the industry. The explosion of Black
Friday has encouraged consumers to spend large amounts in a short window, impacting their appetite and ability to spend in the weeks that follow. For a company like Sigma Sports, we understand that the majority of our customers are making purchases for themselves and perhaps the guilt of a Black Friday binge is turning them away from self-
gifting in the last few days before Christmas.

Richard Todd, managing director at Assos SBO UK
Christmas was fairly flat, but overall we have had a very good year because we’re selling a lot more in the summer. When I said that to people and bemoaned the winter for only being flat, people looked at me as if I’m crying tears of champagne. People out there are struggling, I think you can see that yearly by the amount of product that’s [discounted] on sale. There are certainly brands which seem to be constantly on sale. I’m not sure you can separate Brexit from the current economic situation. UK politics is so bizarre right now that actually nobody is even talking about it, because where do you start? No-one knows where to start thinking about a solution.

We have done very well with tights across the winter, our lower body garments are very strong but we have had improved sales of our tights and of some new winter jackets. What continues to sell for us throughout the year, even through the winter, are summer shorts. That might be a reflection of people who are training indoors, recognising the importance of good shorts when you’re on the bike indoors. If you aren’t getting out of the saddle, getting off at traffic lights to relieve the pressure, you’re sitting there, static, for an hour and a half.

Chris Brown, director at Stonehenge Cycles bike shop, Salisbury
The business has been in my family for about 42 years, it was bought from another family that started it in 1897. Now it’s run by me, my brother and sister. Christmas was as expected for us. If we are looking at November, December and January we are ever so slightly up on last year. Overall, we have been flat pretty much for the last two years.

Given the current situation with Brexit, and the fact that we are in Salisbury so we had everything that went on with the poisoned Russians, the fact we’re coming out of the year flat is the most surprising thing. We had a very strong summer, and the good weather I think kept people at home for the holidays.

The biggest difficulty for us is that markets are changing and spending is changing. You think you can see a pattern, then it goes and changes on you. I think that’s what the industry is suffering from at the moment; stores that are shutting aren’t managing to rebalance.

It’s no secret that road biking seems to have dropped very much off a cliff. It’s still an important part of our business but it’s nowhere near as large a part as it was. We sell everything from e-bikes to mountain bikes, and hybrid to kids’ bikes. That diversity certainly helps. We have had really good sales and profitability on the step through, more traditional e-bikes. We are seeing a migration of customers that would have bought £300 to £400 hybrids buying £2,000 e-bikes instead. We have had some pretty good road sales coming out but they have been quite price-sensitive, so the margins have been lower. E-bike customers tend to be 60-75 years old, or mountain bikers in their mid-30s who turn to e-mountain biking.

We have definitely struggled on more of that traditional £400 to £800 adult bikes. There’s a lot of pressure on that part of the market from people migrating to e-bikes, and from Halfords and Decathlon, who can provide bikes at those price points incredibly competitively.

Spokesperson for bikesy.co.uk, online discount aggregator
We get product listings from most of the major online retailers and from that we can identify and compare discounts and prices and find harder to find sizes, for example. Every day, I will pick daily deals, things I can see through the data, that are highlighted due to a discount, but people use the site to buy all sorts of things. There is a general visitor to sales ratio I expect. That is down this year: I’m still getting people coming in and looking, but they aren’t buying. We are probably down about half of what we would have expected on high-end bikes and wheels. There was a big push towards more discounted clothing instead. That was the case in November as well. I’d say shoppers were being cautious.

Alex Davies, Look Mum, No Hands café, workshop and online shop
Because we have the café and the online shop, we are not as reliant on repairs as most shops. The online shop was down 15% compared to last year, and we were 14% down in the café. I think with the online shop, we didn’t have a killer new product this Christmas, which could have accounted for online shop sales. The café was quieter in the run-up to Christmas this year; we had an event on 12th December with a 70% drop-out rate – I expect 50% drop out, but of 118 people signing up, only about 40 came. We are closed for Christmas from the 21st because no-one is around. The first week back in January was quiet, but things have picked up since then.