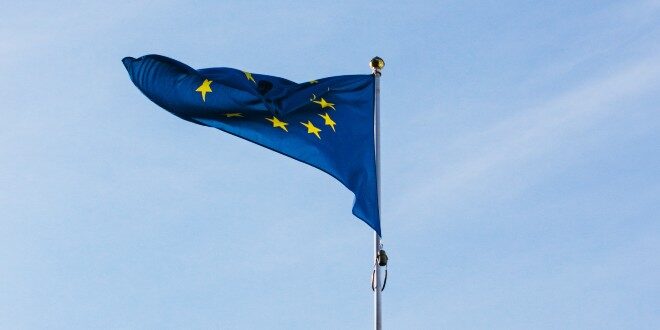 The Bicycle Association (BA) has published summary guidance for the wider industry in the UK and beyond of post-Brexit regulations and trade matters.

The guidance can be read here and below. More details about the BA, and how UK companies can join, can be found on its website.

European product safety Directives were implemented into UK law while the UK was an EU member, and the UK implementations of these EU Directives continue to apply in Great Britain (i.e. all parts of the United Kingdom except Northern Ireland) after Brexit with just minor amendments to remove EU references (and e.g. to implement the UKCA mark instead of the CE mark, as below).

The technical requirements of the GB and NI Regulations are currently exactly the same as the EU Directives (but it’s possible the GB ones will diverge in future).

For products such as bikes and e-bikes, conformity (i.e. product safety) remains a self-declaration process, just as under EU rules. For other higher-risk items, testing by formally approved labs (“notified bodies”) is required, and again the items subject to this in post-Brexit GB are currently exactly the same as they were while the UK was part of the EU.

So bike and e-bike companies in both territories should continue to use the same standards for product testing (EN 15194:2017 for e-bikes, ISO 4210 series for conventional bikes, etc.) and maintain technical files just as before (the BA has extensive guidance on this for members).

For Great Britain, EU harmonised standards have been renamed “designated standards” and they confer the same presumption of conformity.

Following Brexit, activities with BSI and ISO are unaffected, and UK experts can also continue to work at CEN until at least the end of 2021, when CEN review their statutes; BSI is optimistic that close participation will continue after that, too.

UKCA mark – summary
As the UK leaves the EU, it will use its own mark, UKCA, to replace the EU’s CE compliance mark, for goods placed on the market in Great Britain (i.e. all parts of the United Kingdom except Northern Ireland). The main page of Government guidance on this is here: https://www.gov.uk/guidance/using-the-ukca-mark-from-1-january-2021

The CE mark is a declaration by the manufacturer that the product complies with all relevent EU safety legislation. The UKCA mark has the same function – to declare compliance with all relevant GB product safety laws. Only certain categories of goods (e.g. machinery, electrical items) need the mark.

For the cycle industry, affected products are those which to date have used the CE marking, including e-bikes, helmets, plus electrical P&A such as lights, computers, turbo trainers, etc.

– Don’t panic! Suppliers of goods to be placed on the UK market (with very few exceptions) will be able to carry on using the CE mark just as before, until the end of December 2021. Only from Jan 2022 will the UKCA mark be compulsory for goods placed on the GB market. And even then, the new UKCA mark can be applied via labels or on the product’s documentation until the end of 2022. From Jan 2023 it must be “permanently attached”. Artwork and further guidance is here.

– So there’s no mad rush and it’s basically a paperwork and labelling change for now. Only if GB and EU rules diverge will there potentially be significant extra work (mostly for manufacturers) to comply with both systems.

– Extra considerations apply for some PPE (e.g. cycle helmets) or other items for which notified body testing is required. Separate BA guidance on this is available to members.

– Different rules apply for placing goods on the market in Northern Ireland. Generally the CE mark can continue to be used indefinitely, but suppliers to Northern Ireland of products requiring notified body testing should check guidance carefully or join the BA for further advice.

There are some differences though: the main one is that the UKCA DoC must reference GB legislation complied with, rather than the relevant EU Directives. The BA guidance circulated to members provides details and templates for both CE and UKCA Declarations of Conformity for e-bikes.

If a product is sold in both GB and EU markets, it is no problem to use CE and UKCA markings side by side – and the manufacturer would then need to create separate Declarations of Conformity for both systems, too. If GB and EU rules do eventually diverge, manufacturers would need to ensure both sets of requirements are met if they wish to continue to apply both marks.

The full 1246-page text of the UK-EU Trade and Co-operation Agreement can be downloaded here.

Summary of rules of origin for GB-EU zero tariff trade
Basically, the ‘deal’ specifies that goods can move between GB and EU with zero tariffs, but only if they “originate” in the UK or EU. Essentially the idea is that only goods which have significant value added in either EU or UK (or a combination of UK and EU) get the zero tariffs. Goods ‘just’ imported from elsewhere do not.

The “deal” includes specific origin requirements for particular tariff code (HS) headings. The key ones for the cycle industry are 8711 which includes e-bikes, 8712 for conventional bikes, and 8714 for parts and accessories of bikes or e-bikes. These are detailed below.

Some companies will deal in goods under different tariff headings – for example tyres or clothing – and for these you would need to check the treaty text to see what rules of origin apply to qualify for the zero tariffs.

The rules of origin are set out from page 415 of the main treaty document as above. Abbreviations, definitions and calculation methods are detailed on pages 416-417 . For the tariff headings with specific rules relevant to bikes and e-bikes, see page 467.

E-bikes (in tariff heading 8711)
For e-bikes, the origin rule has two parts, and either can be met to qualify for the zero tariffs.

Implication: The first rule means that e-bikes assembled within the EU or UK, regardless of how many non-EU or non-UK parts are used, will qualify for zero tariffs when moved to GB, and vice versa, because the parts used to assemble them are from different tariff heading to the complete e-bike (the parts will mainly be from the 8714 tariff heading). For e-bikes not assembled in the EU or UK, it may still be possible for them to meet the second rule if significant components (e.g. the e-bike drive system) are of EU or UK origin.

Bikes (in tariff heading 8712)
The rule for conventional bikes is just a single provision.

Implication: For bikes assembled in mainland Europe or the UK from mostly imported parts, it may be difficult to stay below the 45% threshold. If that is the case, when moved between EU to GB, a 14% tariff will be payable. It may be possible for the EU or UK factory to increase the percentage of EU or UK-sourced parts, or to add increased value in the assembly or finishing processes, to meet the 45% limit and hence get zero tariffs again.

Parts and accessories (in tariff heading 8714)
As with e-bikes, the rule here has two parts:

Implications: Neither rule will be easy to meet for many imported components and service items. So tariffs (usually at 4% to enter GB, 4.7% to enter EU for items in the 8714 heading) are likely to apply when moving between territories. Of course manufacturers based in UK or EU who make parts from raw materials can satisfy the first rule (because the raw materials will fall under a different tariff heading to the manufactured parts).

Claiming the zero tariffs rate and further guidance
Guidance on how to claim zero tariffs on shipments between UK and EU is is here – but if you use a freight forwarder or carrier/postal service also do check with them to ensure you provide whatever their system needs.

Previous Santander Cycles sees new memberships rise by 167% in 2020
Next Green light given for £3.1 million boost for walkers and cyclists in Salford