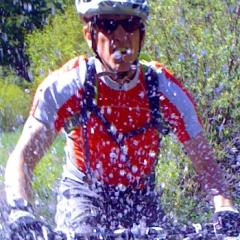 The CrankTank agency of Ketchum, Idaho, is to organise Impact Sun Valley, a PressCamp-style media-and-brand schmoozefest for summer 2018. The event will be hosted in the same upmarket ski town where the first ever PressCamp was staged in June 2009.

CrankTank is run by industry veterans Adrian and Scott Montgomery. The latter, a former Cannondale and Scott USA exec, was an investor in Lance Camisasca’s Lifeboat Events which originally organised PressCamp. Scott Montgomery joined Lifeboat in 2011 as company chairman.

Scott Montgomery – who left Scott USA in 2010 – was said to have made a "substantial financial investment" in Lifeboat, a business founded by former Interbike organiser Camisasca.

Since 2015 PressCamp had been organised by ECRM, Efficient Collaborative Retail Marketing, but the firm folded the show earlier this year.

Scott Montgomery is the CEO of Reynolds. Impact Sun Valley will be driven by Adrian Montgomery and CrankTank’s Lars-Erik Johnson (who worked with the Montgomery pair – they are not related – at Scott USA).

Impact will be a "platform for brands to communicate directly with media editors in an experiential, ride focused event," said Johnson.

"CrankTank has begun securing top media attendance at the event and started signing supplier sponsors. Impact is the only bike industry-facing event on the calendar to prioritise using products first-hand to form impressions, inspire conversation and inform editorial."

"Likewise, Idaho has more gravel roads than paved providing excellent proving grounds for the ever-growing range of all terrain road bikes. And of course, Sun Valley is a bucket list destination for mountain bikers everywhere."

Adrian Montgomery added: “We’re already seeing healthy interest in the event from both media and brands. The opportunity to ride trend-setting bikes and equipment in a world-class cycling destination like Sun Valley provides an attractive perk to media, and the brands value the ability to get face time and actually go out and ride with media.

"And because much of our singletrack is motorized legal, we can offer a unique setting for both media and brands to wrap their heads around the emerging e-MTB category, and our massive inventory of unimproved backcountry roads serves up the ultimate gravel experience.”

Impact Sun Valley will be staged 26–28th June 2018. A list of attending media and brands will be released in January, said Johnson.

Pic shows Scott Montgomery at an earlier run-up to PressCamp