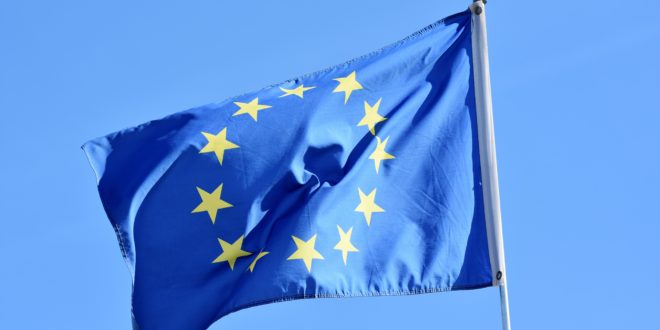 What could Brexit mean for the cycle industry?

BikeBiz speaks to three importers from the cycling industry regarding the UK’s impending exit from the European Union, and what it might mean for the future.

Peter Eland, technical manager, Bicycle Association
In a no-deal Brexit scenario, exporters will see the most impacts, while retailers may even find some opportunities amid a difficult economic environment.

What are the concerns?
Potential disruption at the ports is a big one, for the large sector of the UK cycle industry supplied by imports from outside the EU. The main concerns are around Dover and other channel ports which deal with traffic from mainland Europe. In a no-deal exit these ports would see overnight changes in the checks and paperwork needed for UK-EU traffic, creating delays that could spread beyond the channel ports. Thankfully, a good proportion of the cycle industry’s goods come in via Liverpool and sea ports on the south coast, which largely deal with non-EU freight.

The other main area of concern is for companies who deal with Europe directly – buying from Europe, selling to EU distributors or selling direct to EU consumers. Under no-deal, the UK becomes a ‘third country’ overnight, creating paperwork, admin and tariffs. Though there are mitigation measures announced, it’s hard to be confident that Government systems and businesses will cope seamlessly with the overnight change that results from a no-deal Brexit.

The other main concern is the effect on the wider economy and consumer spending of a no-deal Brexit. Economic forecasters seem generally pessimistic about the prospects.

There’s also the question of tariffs for exporters:
If there is a no-deal exit, the UK drops out of all existing EU trade deals with around 60 non-EU countries, which could mean higher standard tariffs to clear those goods through customs. This could affect demand.

What are the opportunities?
Our industry is full of adaptable people and we’ll find opportunities in whatever trading environment comes along post Brexit.

In terms of the general economy, there’s a saying that ‘cycling does well in a recession’. When everyone is feeling the pinch and there’s widespread job insecurity, car costs become ever harder to justify. That produces an uptick in cycling for transport, providing a boost both to sales and to bike shops who repair, sell parts, etc.

There are also some more specific factors. Anti-dumping measures imposed on China by the EU will cease to apply in the UK if we leave the Customs Union with no deal. This could make it cheaper to import, at the risk of a ‘race to the bottom’ in terms of price. That said, much of the supply chain has moved away from China and it may take some time for this to change back. The main source countries for bikes imported to the UK are currently Cambodia, the Philippines and Bangladesh.

For higher-end bikes and e-bikes in particular, it’s possible that new EU-UK tariff barriers could make the prospect of assembling bikes in the UK, rather than in mainland Europe, more attractive.

On the retail side, there’s certainly a great opportunity to shout about the economy, fun and health benefits of getting around by bike, whatever the Brexit outcome. Cycle retailers are where people should go for great value solutions to their transport needs, be that a new e-bike or just fixing up an old commuter.

Any other predictions or comments?
When it comes to some of the really big Brexit questions, we can still only wait and see. There’s a huge difference between a no-deal Brexit and an orderly exit via the proposed Withdrawal Agreement. The Withdrawal Agreement would give a two-year transition period, which could be extended to up to four years, during which trading would continue much as it is now, allowing much more time for new arrangements to be put into place. Under no-deal, our status changes overnight.

Longer-term, the ‘future arrangement’ is still also up in the air. It’ll probably be some sort of free trade agreement with Europe which would allow zero tariffs, but not frictionless trade like we have now. Experts say this could take closer to ten years to negotiate than the maximum four years available if the Withdrawal Agreement goes through. So it’s almost certain there are many years of Brexit discussions and upheaval still to come.

Overall, I’m really quite optimistic for the UK cycle industry. For most UK cycle sector companies, the general state of the post-Brexit economy will be key.

Neil Davies, managing director, Pashley Cycles
We export our bikes, handcrafted in Stratford upon Avon, to 45 countries, so disruption to export trade is not helpful if we have a no-deal Brexit.

How are you preparing for 29th March and beyond?
We’ve worked with larger customers to plan orders which avoid shipments taking place around the potential no-deal cliff edge at the end of March. We’ve done the same with component shipments and we’re keeping resources tight because we don’t know what will happen.

What impact is Brexit having on the business already?
The UK economy has slowed with the uncertainty caused by Brexit, and we are impacted by consumers holding back spending on larger value items such as cars and bikes. We are offsetting that with growth in our bike hire business in London and Edinburgh. We are the last of the historic brands to manufacture in Britain and source in the UK where we can. For components sourced abroad, it’s challenging dealing with a sterling weakened by the Brexit vote.

What do you predict will happen with importing and exporting goods around the world for manufacture and sale?
It’s impossible to predict as we don’t know whether we will have a cliff edge no-deal, or a more orderly transition period. If it’s a no-deal, then in the short-term we would expect a fall in sterling, changing tariffs, changing administration on shipments. Medium-term, if we go through an orderly transition period, we still have to decide what the final outcome of our exit will be, so there is likely to be more uncertainty at that point. Longer-term, ensuring we remain involved in the right standards regulation and testing regime is critical.

Claire Beaumont, marketing manager, Condor Cycles
Right now the pound is poor so a lot more international customers are purchasing from us. At the same time, our products have risen in price because the pound isn’t as strong against the Euro. In all honesty, we don’t know what’s going to happen. We could plan for something to happen but it changes all the time, every week. We have imports that come by air and road from Europe all the time, our frames come in all the time, which could be affected.

We buy from Taiwan and China for some products, like SRAM. We are used to buying from markets outside the EU, so if we switch to similar arrangements with the EU it won’t be much of a shock. We have a lot of frames or stock which are priced already, at the moment we hold about 1,000 frames in stock.

Grant Young (the son of Condor founder Monty Young, who has worked with Condor since 1972) remembers the time before Britain was in the EU. The price of the Euro is always fluctuating so we are used to that. A number of my colleagues are from the EU and I hope they don’t leave Condor as a result – they are really valued! 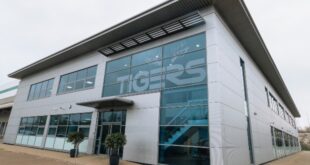 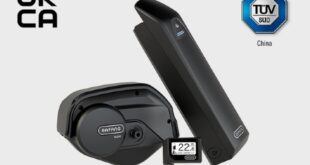 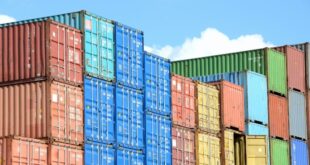