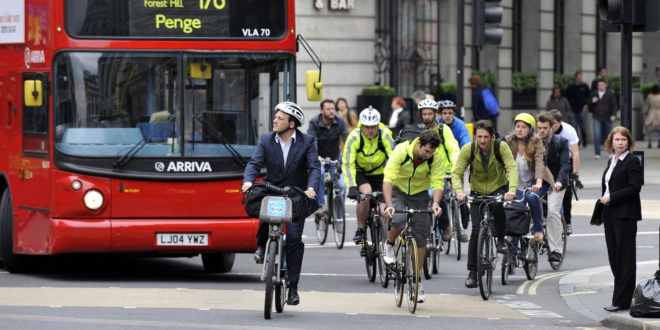 A lack of progress?

While I’m sure we’d all like to agree that cycling is an activity open to just about everyone in some form or another, it’s undeniable that various communities and groups have been marginalised by their positions. Research from all corners of the industry have highlighted some of the glaring issues in this area, and the general consensus is that, regrettably, the cycling industry isn’t half as inclusive as it should be.

While that’s a simplified conclusion, cycling historically has a negative association with the white middle class stretching back to its very inception.

Back in our February edition, Laura Laker published an extensive history of Britain’s cycling suffragettes – women who used the bicycle as a means of liberation. We remember them as pioneers, and the fact that women now lead some of the most exciting, innovative, up-and-coming brands in the industry is a testament to their victory.

The fight, however, is far from over. Last year, Trek announced it would be closing up the substantial gender gap in its prize funds for the UCI Cyclocross World Cup. OVO Energy’s Tour of Britain followed suit as late as March this year, but many similarly major events are still yet to acknowledge the absurdity in such dramatic imbalances in the way women are perceived and rewarded.

The weight and depth of this disparity aren’t limited to gender imbalances. You’d be forgiven for presuming that London, one of the most culturally diverse and cycle-centric cities in the UK, would offer something of a standard by which the rest of the country could aspire to, but even in such a vast metropolitan area, cycling is woefully segregated by the same old issues. It’s not as though these issues haven’t been highlighted and debated over the years. In 2015, then-Mayor Boris Johnson acknowledged the mounting concern: “I want more women cycling, more older people cycling, more black and minority ethnic Londoners cycling, more cyclists of all social backgrounds – without which truly mass participation can never come.” All the way back in 2009, British Cycling coach Dave Brailsford said of the issue: “Breaking down the barriers to wider participation from black and ethnic minority groups remains the great unconquered goal for British cycling.”

Yet the numbers are still against us. Despite improved infrastructure, wider advocacy and an increase in the volume of inclusive cycling events, a gigantic 86 per cent of male cyclists in the city are white, while for women, the figure rises to a shocking 94 per cent. The figures don’t get much better from there: only seven per cent of Asian Brits cycle regularly, and around five per cent of all British Chinese residents cycle for leisure.

So what can we do to promote a societal change in these areas? According to lecturer and cycling specialist Rachel Aldred, it’s a matter of infrastructure. “In surveys, many people from underrepresented groups and communities say they would like to cycle if it were safer. On our roads, cycling is too often scary, and is seen as something only for a weird, committed, super-fit, and risk-tolerant minority. This image puts off people from all backgrounds, but may particularly affect people from underrepresented groups. It is reinforced by policy, planning, and marketing documents that show only a narrow demographic of people as cyclists,” she said.

“Building safe cycle routes is very important, and as well as dealing with the safety barrier, it can help make cycling cultures more inclusive by breaking down the ‘only for the super-keen and sporty’ image,” continued Aldred. “We need to keep a close eye on where new infrastructures and services are going in, to check it is equitable. For instance, does cycle hire serve all communities, or is it disproportionately found in richer or whiter areas (London’s docked hire bikes do tend to be located in wealthier parts of the capital)? Are cycle tracks being built only to serve city centre commutes, or are routes also going in that will serve community shops and schools? How inclusive is outreach to publicise routes – does it target all communities, and do materials show a range of different people and bikes?”

Transport for London is one of the many institutions to have conducted research in this area, and its findings demonstrate a very similar perspective on the barriers to cycling. “Research has demonstrated that overall, the main barriers to cycling are safety concerns (associated with traffic and crime),” reads its official report. It also claims that current infrastructure has done little to change the situation. “The London Cycle Hire scheme has not been effective in reaching those from minority or deprived backgrounds. Users are very similar in profile to cyclists in London; just 12 per cent are from BME groups and only five per cent have a household income of less than £20,000 per year compared to 40 per cent of London residents.”

The universal conclusion on successful programmes to facilitate cycling in these groups is the prominence of community projects. Tuition and coaching in a recreational environment have demonstrated the success sustainable goals for those wishing to participate, as evidenced by TfL’s findings: “A focus on having fun and building confidence has been effective in breaking down the barriers to cycling in hard-to-reach communities in Hackney.”

One such project in the Hackney area is the Tower Hamlets Cycling Club, which has been running for over five years and currently boasts a membership of over 120 followers. The project was started by Lakhdar and Janice Djelloul, both of whom have been dedicated members of their local community for decades. When discussing the issue recently, Lakhdar says the pair’s intimate connection with their community was a major factor in the cycling club’s success. “Cycle providers need to find a successful way to approach and work with the BAME community. For example, being local Muslim residents for over 20 years ourselves opens many more doors to our particular community than if we were an outside, short-term project wanting to set up as part of a cycling campaign.”

As with TfL’s findings, Lakhdar believes that while London’s dockless bike infrastructure does make cycling more accessible for some, the financial constraint on utilisation severely marginalises the BAME communities. He says: “Making cheap cycle hire possible for all is a key point. This requires safe space and a bicycle fleet on the side of the cycle provider. Bike maintenance takes a lot of time and I’m not sure that all providers would be willing to provide this level of voluntary support. Running as a non-profit-making organisation is the way we do it, but that takes a lot of personal vision and long-term commitment. Encouraging family cycling is so important – getting everyone trained up and out together as a family is a wonderful achievement.”

It’s evident when taking a step back from the issue that no one fix will transform the way cycling is perceived amongst marginalised communities, but there is ample room for the industry to make good on its promise to invest in ensuring everyone has the means to cycle. This could mean lobbying for safer and more segregated infrastructure, it could mean dedicating advocacy for equality in a professional arena, or as is the case with Lakhdar and Janice Djelloul, simply getting out into local communities and sharing your passion for cycling with those around you. As with our iconic cycling suffragettes, the most important step toward a more inclusive industry is the first one. 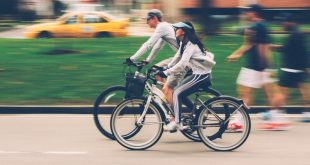 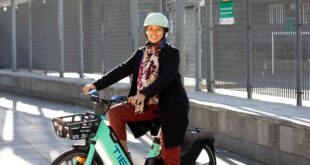