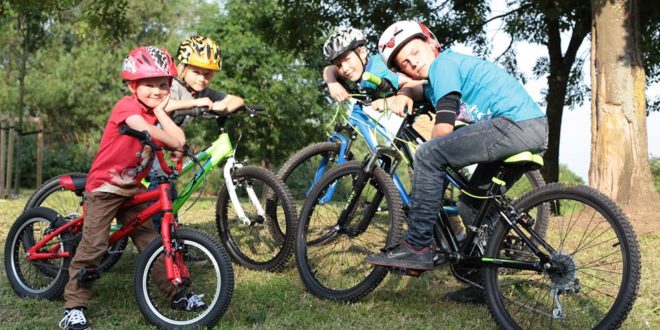 Over 456,000 people participated in a ride organised by British Cycling in 2017, which is a record high for the governing body and a 62 percent increase on the previous year, says a statement from the governing body.

"The numbers represent a fantastic first year for British Cycling’s partnership with HSBC UK, with the organisation’s flagship participation programme, HSBC UK City Ride, which visited 14 cities across the country, contributing 110,000 participants to that figure," added the statement.

Over 200,000 young people took part in Go-Ride activities – which is part sponsored by the cycle industry’s Bike Hub fund – while British Cycling’s HSBC UK Breeze programme, the organisation’s initiative to get more women riding bikes also surpassed its target in a year which saw British Cycling announce that it was on track to inspire one million more women to cycle by 2020.

“It’s incredible that nearly half a million people took part in a British Cycling participation event in 2017. The goal of our partnership with HSBC UK is to turn Britain into a great cycling nation and this is a brilliant start.

“What is particularly encouraging is the huge volume of young people that are getting into the sport through our HSBC UK Go-Ride programme. If we are to be successful in turning cycling into our national sport and the number one choice for all short journeys then we need to ensure that the next generation grow up with a love of cycling that they take with them throughout their lives.”

“Our partnership with British Cycling is all about turning Britain into a greener, fitter and healthier nation.

“We want two million to cycle by 2020, so to get nearly half a million people on bikes in the first year of the partnership is a great start."