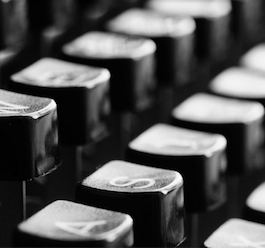 UK businesses must offer better facilities for cyclists in light of the government’s ambitious cycling growth targets, according to new research published by the British Council for Offices today.

In April, the Department for Transport stated an aim to double the number of cycling stages, defined as a change in the form of transport as part of a longer trip from 0.8 billion stages in 2013 to 1.6 billion in 2025.

However, cycling facilities offered by many workplaces are currently falling short of accommodating that increase, with 16 per cent of office workers surveyed for the research claiming that inadequate facilities are discouraging them from considering commuting by bike.

The research, commissioned by the British Council for Offices and carried out by Remit Consulting, finds that whilst 83 per cent of workplaces in the UK offer some form of bike storage, less than half of this is covered and secure. Improved parking facilities could help increase numbers of those cycling to work, with 16 per cent of office workers surveyed saying that better bike storage would encourage them to do so.

Many workplaces are also failing to provide other basic facilities for cyclists. According to the research, just under half – 45 per cent – of offices do not have showers, something which almost a quarter of those workers surveyed said would encourage them to consider commuting by bike.

Overall, almost two fifths of office workers surveyed said that they would consider commuting to work by bike if their workplace had better or more facilities, demonstrating a clear need for UK businesses to cater to cyclists.

Commenting on the report’s findings Remit Consulting director Neil Webster says: “As cycling continues to rise in popularity, ostensibly the most pressing issue for businesses will be finding the space for bikes, lockers and storage. However, research shows that the focus needs to be on the quality of the facilities offered, not just the quantity.

"Alongside safe storage and showers, there is a clear demand for towels, hairdryers and complimentary toiletries. This kind of service provision may not just encourage existing employees to cycle to work, it could also act as a market differentiator for prospective employees, and even have a positive impact on lettability.”