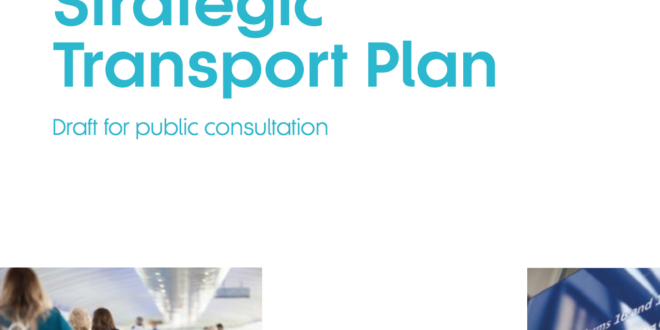 A 98-page report on transport in northern England for the next 30 years has grandiose plans for big-budget trunk roads and new rail links, but it contains almost nothing on either walking or cycling. Transport for the North released its Strategic Transport Plan today, and it’s heavily biased towards cars and trains.

The report reveals that the average northerner has a 30-minute 15km commute yet it still majors on links between cities rather than the travel that takes place within cities. This is largely the organisation’s remit although it’s obvious that any expansion of inter-city capacity will fail if end-journeys are ignored. Active forms of travel are paid scant attention in the report, which now goes out for public consultation.

The 98 pages of the report wax lyrical about big-ticket projects, but there’s little discussion of "last mile" transport solutions or anything other than getting about in trains and cars.

Here’s the one paragraph in which cycling and walking feature but notice there are no actual plans – costed or otherwise – of how levels of active travel could be increased.

"The transport network can have negative impacts on people’s health, through factors such as air pollution, noise, vibrations and safety incidents, as well as a lack of access to good quality walking and cycling infrastructure. However, there are opportunities to reduce transport poverty and improve access to health services, recreation facilities and green space. Improvements to the strategic, pan-Northern network can support the case for improvements at a local level to improve bus, walking and cycling infrastructure."

We fully support active travel but our remit is planning strategic, cross-region transport infrastructure which links cities, towns & biz in the north. Our partner local transport authorities do a great job promoting walking & cycling as part of their remit for local transport

That the report – which covers the whole of northern England – neglects active travel is especially disappointing considering the positive reception to Greater Manchester’s "Made to Move" report issued in December by cycling and walking commissioner Chris Boardman.

Boardman has promised to raise the matter with Transport for the North.

Even if the organisation doesn’t feel it should get involved with intra-urban travel that still neglects those who use trains and folding bikes, or cyclists who ride between cities. (In Germany and the Netherlands local authorities are building long-distance cycleways between cities for use by people on e-bikes and speed pedelecs.)

Transport for the North’s Strategic Transport Plan was launched in multiple locations today by civic and business leaders. The 30-year plan outlines how transport connections across the North of England need to be transformed by 2050 to drive growth and close the economic gap between the North and the rest of England.

While featuring the transport infrastructure investment needed for motorists and rail users there’s no such costed-out plans for cyclists or pedestrians. The plan calls for investment of £150 per northern citizen per year, or £2-2.3 billion per year.

Transport for the North chairman John Cridland said: “The North is a rich, diverse region and home to around 16 million people. We have vibrant communities, buzzing cities, five stunning national parks, an abundance of talent and a wealth of high-performing businesses. Transport for the North’s vision is of a thriving North of England, where modern transport connections drive economic growth and support an excellent quality of life.

He added: “Our plan proposes a revolutionary investment programme that will make it possible to travel to high quality jobs."

But apparently not on foot or by bike.

The public consultation on the Strategic Transport Plan runs until 17th April 2018. Perhaps after submissions from the public there will be more ambitious plans included for active travel? A final version of the plan will be published later in the year and submitted to the Government for ministerial consideration.