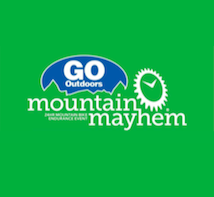 20th anniversary Mountain Mayhem will be the last, says organisers

The organisers of the annual Mountain Mayhem 24-hour endurance have announced that the 2017 race – which also marks 20 years of the event’s existence – will be the last.

“I think when you are the first of something is makes it special and unique. We are proud that Mountain Mayhem has been the must ride event for so many,” said Patrick Adams, inductee of the British Cycling Hall of Fame and creator of Mountain Mayhem.

“Little did we know 20 years ago when my business partner Jill Greenfield and I embarked on our first ever Mayhem for Red Bull at Trentham Gardens, that we would still be here 20 years later.

“Over the years, Mountain Mayhem has evolved from an event for serious riders and professionals to what it is today, a celebration of cycling, a festival of family fun. The young guys who rode it 20 years ago now have children riding. It’s fantastic to see.”

The evolution of Mountain Mayhem over 20 years is the catalyst for the decision to end the event in its current form this year, says Adams: “When we created Mountain Mayhem it was a first. Now after 20 years we want to build on our foundations. That’s why we have decided to create another first. There will still be a Mountain Mayhem, but one that is completely different to anything anyone in mountain biking has seen before.”

Details are yet to be released on the event that is set to take the place of Mountain Mayhem, but for the last event in its current guise, many additional elements have been planned.

A representative from headline sponsors GO Outdoors added: “We feel honoured to be title sponsors of this last Mountain Mayhem. As we have for the last three years, we are pulling out all the stops to make it truly the best ever.”