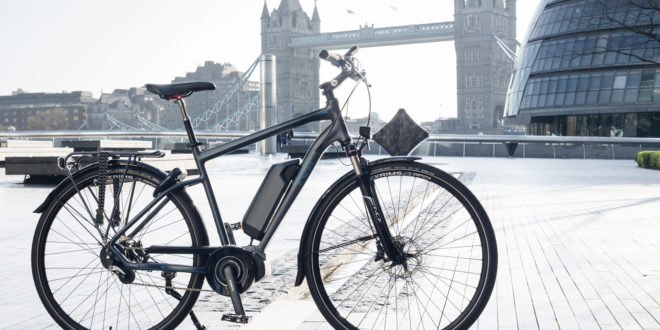 18% of UK adults are more likely to buy an e-bike now than they were before the pandemic, a survey by VOLT has found.

The research also showed a shift from public to personal travel modes post-pandemic – with commuters suggesting that, on average, they are 39% less likely to use public transport than they were before the pandemic, and 30% more likely to use solo transport over the same period.

James Metcalfe, founder and CEO of VOLT, said: “This research reflects what we have seen on a daily basis amongst our customers. We have been manufacturing e-bikes for over a decade and grown continually throughout that time, but nothing can compare to the acceleration the industry experienced in 2020.

“Before the pandemic, urban transport was at a crisis point. Disgruntled commuters either sat in traffic for hours or paid through the nose for trains that either ran late or not at all. The pandemic provoked a hard reset. As people look to return to the office, it is vital that we capitalise on this momentum by creating the infrastructure to support these new swathes of riders and to solidify e-bikes position as the future of transport.

“It is also imperative that the Government does all it can to dissuade those fearful of public transport from hitting the roads in cars. The environment has dramatically benefitted from fewer car journeys during the pandemic, and we encourage everyone about to embark on a journey of five miles or less to look to an e-bike over a car.”

Other key findings include:
– 41% of respondents said they are less likely to take the train or underground to work
– Men are more likely than women to buy an e-bike post-pandemic, albeit by a fairly small margin (22% and 14% respectively)
– Nearly half of existing e-bike owners (48%) said that they plan to use their e-bike more often post-pandemic