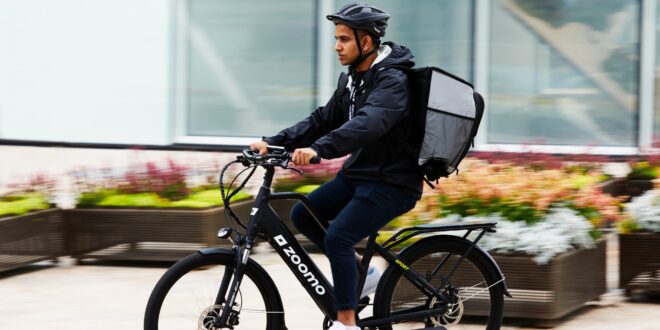 Zoomo’s predictions for the e-bike industry in 2022

Lisa Conibear, regional director UK and Europe, Zoomo, discusses the rise of instant delivery and predictions for the e-bike industry in 2022…

From food deliveries to fashion and tech deliveries
Increasingly people are willing to pay more for shorter delivery times, we have seen grocery and hot food take off but in 2022 we will see electronics and high street items being available in minutes at your door. I expect seasonal clothing and electronics to be top of the charts too.

Regulation for e-bikes
There is a future mobility bill on the roster for UK parliament in Spring and Summer and I am expecting changes to how light electric vehicles are regulated. As cities in the UK look to increase sustainable transport methods, I believe that the government will include regulation for faster e-bikes, like the Zoomo One, with wider usage of shared micromobility and increased micromobility infrastructure investments.

Bike usage is still only a small percentage of what it was a century ago, with the United Kingdom e-bike market valued at USD 0.22 billion in 2020, and now it is expecting to reach USD 0.40 billion by 2026 (source: Mordor Intelligence) 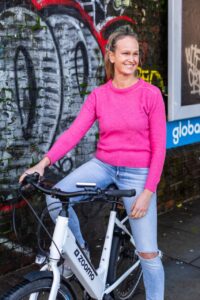 Communities will still thrive despite the rise of dark stores
Bloomberg recently wrote an article on the dark side of dark stores, mentioning that they have the potential to kill community interaction. I believe the opposite. Dark stores are one of the main users of e-bikes for delivery and are actively changing the face of cities by proving the use case of e-bikes for delivery.

This is a huge change, and as I mentioned above, I expect to see more and more packages delivered by e-bike. What does this mean for community? It means more liveable cities, less car congestion, safer cities, more spaces dedicated to gathering (and not cars or parking). I believe dark stores are a catalyst to increased community and Paris is a great example of that right now.