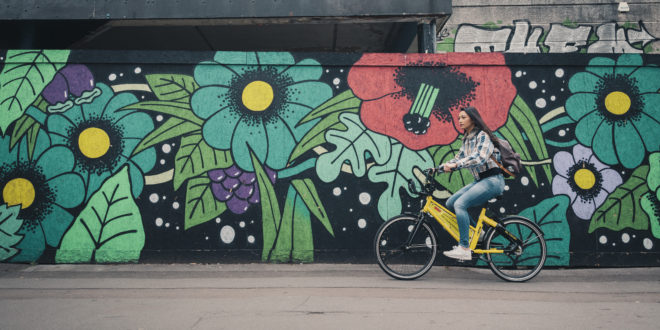 YoBike has said it is expanding its fleet with the addition of 500,000 bikes. The British start-up operates dockless bike-share schemes in the UK, France, Ireland, Singapore and North America. The new bikes will be added over the next 12 months, said a company statement.

YoBike is also launching of "Podium", a turnkey platform that the firm says provides a "seamless means for partners to implement the company’s world-class product across the globe."

“We believe Podium is a quantum leap for bike-sharing and public transport on an international scale,” said YoBike CEO Michael Qian.

“As it stands, cities and commercial ventures are typically faced with leading the arduous, complex deployment of bike-sharing programs through multiple vendor partnerships. YoBike Podium offers a one-stop solution, at a time when bike-sharing is accelerating faster than ever."

YoBike   launched in Bristol last year. The firm predicts it will have the capacity to produce and deploy more than 30,000 new bicycles every week and has formed a joint venture with French parking and mobility giant, INDIGO.

Since December last year, the group has launched in more than a dozen cities in France with 50 additional cities added in the next 12 months.

Under the branding of INDIGO ‘Weel’, the YoBike Podium Platform will expand next week to both Nice and Angers, France.   Operators can choose to market their operations leveraging YoBike’s branding, or to deploy the platform as a white-label product.

"We believe that YoBike Podium will allow us to scale our network more rapidly than our competitors. Our partner’s unparalleled understanding of regional markets, combined with our best-in-class technology, is a winning formula.”

He added: “YoBike Podium is not just about giving governments and commercial operators a share of the rapidly growing bike-share market, it’s also about providing a seat at the table to protect against competitive forces swamping communities with poor-quality, unwanted and unused bicycles.”