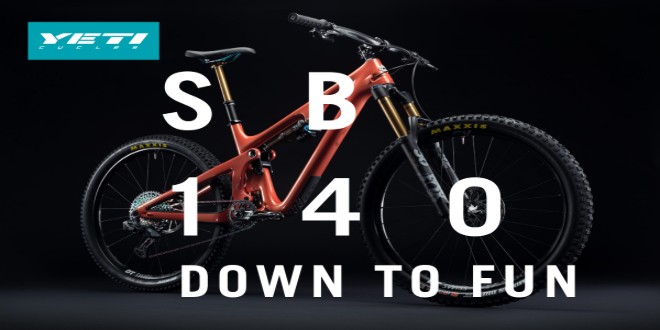 “Our product team has been crushing it. This is the fifth bike we’ve released in just over a year,” said Chris Conroy, president of Yeti Cycles.

“The SB165 and SB140 design platforms were driven by the young rippers at Yeti who wanted bikes that were playful and fun.”

Falling in line with the other progressive models in Yeti’s line, the SB140 has a 65-degree head tube angle and a 77-degree seat tube angle, coupled with new kinematics and a longer reach.

It is available in sizes XS, small, medium, large and XL and colours inferno, turquoise and grey.

All of Yeti’s models share the patented Switch Infinity suspension system, which allows its engineers to tailor the kinematics based on riding style. The 2020 bike line has more progressive leverage rate curves, giving the bikes great pedalling characteristics, controlled mid-stroke and a bottomless feel. 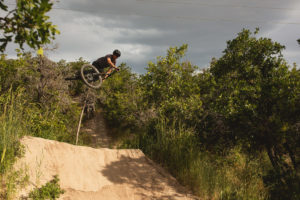 Yeti Cycles has also launched new colours and graphics across the whole bike range for 2020.

The SB140 and all 2020 bikes are covered by Yeti’s lifetime warranty.

2020 Yeti models will be available from Silverfish UK in August and will be on show at the NEC Cycle Show from 12th to 15th September. Find out more by contacting your Silverfish area sales manager by calling 01752 843882 or by email at sales@silverfish-uk.com. 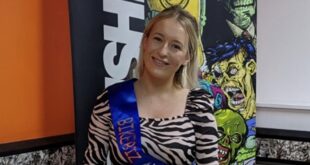