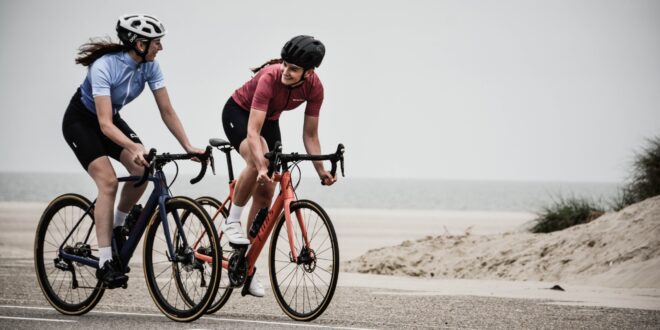 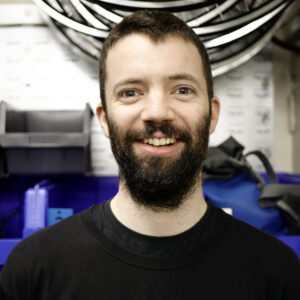 Nowadays we are more aware than ever of inclusivity and the importance of avoiding sexism. So it’s crucial for bike shops to stock a few female-specific bikes and women’s accessories, right?

Wrong! Our experience at Bicycleworks has taught us the opposite. Let me explain…

Many female customers tell us that traditionally, too many bike shops have been pretty intimidating and patronising places to visit. Even experienced cyclists and competent mechanics were ‘spoken down’ to simply because they happen to be female, and there was a dire shortage of bikes, components and accessories in sizes which suit many women. It was as if all cyclists were male, and female cyclists were not worth considering.

To address this issue, the bike industry has introduced female-specific geometry frames, and women-specific saddles (and glittery bells, and pink drinks bottles). Hooray! Long overdue, some say. But there are several problems with this approach.

For a start, it doesn’t really solve the problem if the staff selling the female-specific bike are still intimidating and patronising towards women.

And too often, the women’s products are one-size-fits-all, literally and metaphorically. The range of women’s bikes is much smaller than the range of men’s bikes. What about taller women? What about all the women who don’t want a bike in pastel colours with ‘feminine’ logos and graphics?

The introduction of female-specific bikes and accessories means that some women have ended up buying these products when they would probably have been better served by the men’s version. And some men would prefer a wider saddle or a short-reach cockpit, but because these are labelled ‘women’s’ they don’t buy them.

At Bicycleworks we have found time and time again that many women prefer a so-called men’s frame. We also have male customers (and indeed some of our male staff) who ride ‘women’s’ frames because the step-through shape is so practical; men who prefer a wide and soft ‘women’s’ saddle; and men who just happen to like a pink bike. We therefore don’t call our bikes ‘men’s’ and ‘women’s’ – we simply say what they are: step-through and conventional.

It is reassuring to see movement in this direction in some other parts of the industry too. For example, Madison have switched from calling their saddles ‘men’s’ and ‘women’s’ to simply ‘standard’ and ‘short’. Everyone understands what these names mean. Nobody is stigmatised or excluded by them. Everyone makes their own choice.

Another huge advantage of this move away from women-specific labelling is that it allows us to be more inclusive of everyone in society, because in some ways, even the debate over male and female feels outdated, old-fashioned. Society is finally admitting what biologists have known for decades: there aren’t just two genders, there are many. There is a whole spectrum between male and female. There are masculine women, there are feminine men, there are trans people of all genders and identities, there are people who were born both, or neither. As society comes to accept and welcome this diversity, the cycling industry needs to make relevant changes, or it will be left behind.

This doesn’t have to be complicated. By simply offering a broad range of bikes and products, and crucially by not labelling or gendering them unnecessarily, we can serve the widest range of people – without needlessly excluding or ostracising anyone. This is morally and ethically the right thing to do… and serving more people is a smart move for business too.

Jake Voelcker, owner, Bicycleworks – www.bicycleworks.co.uk. Bicycleworks offers everything you need to launch your own bike brand and build bikes in-house.