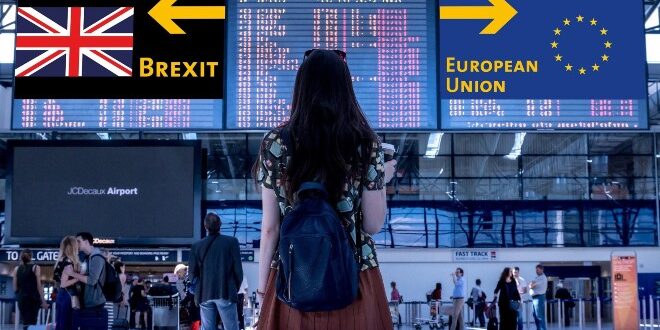 What does Brexit mean for the bike industry?

After months of negotiations, the UK and EU finally agreed a Brexit deal which came into effect at 11pm on 31st December 2020. But what are the implications for the cycling trade? Rebecca Morley catches up the Bicycle Association’s Peter Eland to find out what the industry now faces and how optimistic we can be looking forward

It seems strange to think that during 2020, the year in which the UK officially left the European Union, this very topic hardly dominated headlines. The COVID-19 pandemic and its global impact have, quite rightly, taken centre stage over the past 12 months, but, following a Brexit deal finally being agreed at the end of December, businesses across the UK have had to turn their attention to new trade rules and regulations.

And we were barely back from the festive period before clarification was needed on whether UK consumers would be able to purchase certain cycling-related goods. One example was Brooks England, which has temporarily suspended e-commerce sales to the UK – but this has not affected availability through its distributor Extra UK.

Industry impacts
But what does Brexit mean for the wider cycling industry – who is being affected the most? “It’s still very early days to evaluate the impact on the cycle industry,” says Peter Eland, the Bicycle Association’s (BA) technical director. “As an industry, we’re in a relatively good place to weather the changes which come from leaving the EU – there’s still strong demand on the back of COVID lockdowns, a million new UK cyclists to provide for, fast-developing e-bike technology driving our market, and positive moves by Government in support of cycling.”

But that’s not to say there aren’t serious challenges coming out of Brexit for some companies in the sector, Eland continues, as fully understanding the new processes which now apply for cross-channel trade, and working out how to best make that work for individual businesses, is a tough challenge alongside coping with ongoing COVID restrictions.

Much of the cycle industry also relies on wider shipping and logistics operations which are under pressure globally. “It could be many months before a new normal is reached. Longer-term, Brexit does mean that the UK can diverge from the EU in a variety of areas. For example, the BA has already raised the possibility of VAT changes with the Government, and is working on developing the business case. The UK could swiftly zero-rate children’s bikes, or e-bikes, or indeed all bikes if there’s a sufficiently strong case.”

As the UK cycle industry’s national trade association, Eland says the BA is in a unique position, and part of its remit for its members and for the wider industry is to seek opportunities from the changes brought by Brexit. “Some of this is defensive – to mitigate any adverse effects, but it is also proactive and positive – to find the opportunities, and position the industry to make the most of them. Linked closely with this is the need to ensure that future UK regulatory decisions are of maximum benefit to cycling and the industry.”

What about the impact on supply? Much of the bike industry has already been struggling with stock issues during 2020 due to the COVID-19 pandemic – so what will Brexit mean? Being so soon after the end of the transition period, Eland says it’s too early for Brexit-related issues on the supply chain to show other than very short-term effects, though it is clear that the effect of Brexit is to increase border friction between the UK and EU, which will inevitably add to costs.

“For goods not qualifying for zero tariffs under the UK-EU deal, the tariffs payable will be a cost that wasn’t there before. This suggests pricing pressures will be upwards for elements of trade with Europe. On the other hand, for trade with non-EU countries, post-transition the UK tariff regime very much mirrors that which applied when the UK was still part of the EU, including very similar tariff reductions for purchases from developing countries. So there’s far less change expected for bikes sourced from outside the EU.”

The actual effects on the market will only become clear when the data is in, says Eland – subscribers to the BA’s Market Data Service, which reports monthly, will be the first to be in a position to identify and quantify trends. The service now tracks sales of over 700,000 SKUs collected from tills across the country, representing over two thirds of the total UK market.

For example, in the 12 months to the end of November 2020, the BA captured the sale of over 2.1 million bicycles. The association will be tracking the impact of Brexit monthly, amongst many other factors and trends. “The longer-run effect on prices will only become apparent once the effects of Brexit on supply chain structures, shipping and retail have bedded into a ‘new normal’ – perhaps only when COVID is also behind us.”

What about bike retailers themselves?
Eland says he sees two main scenarios where retailers’ operations may be directly affected. Retailers who supply EU consumers directly will need to check VAT arrangements – it may be simplest to zero-rate the goods for export, so the customer pays import VAT before delivery. Courier companies, or Royal Mail, will detail the paperwork implications.

For retailers who buy dealer-direct from EU manufacturers or brands, Eland has heard that some EU suppliers are not yet up to speed with the rules of origin in the UK-EU deal, and would suggest that retailers direct their suppliers to his write-up on post-Brexit UK regulations: product safety, the UKCA mark and UK-EU rules of origin (which can be on the BA’s website).

“Also, any retailer bringing in bikes from the EU will now take on the role of ‘importer’, rather than just a ‘distributor’ within the EU single market, which is what they were previously, and may need to look into the implications of that, including checking insurance arrangements.”

In terms of challenges the industry now faces, Eland believes we can be optimistic. “Clearly there are immediate challenges which we are helping our members identify and tackle, but supply chains will adapt, and although there will be permanent extra friction and some additional costs when trading with Europe, I don’t think that will dampen the significant growth of the UK cycling market and especially of course ‘hot’ sectors such as e-bikes.”

There are encouraging signs too from the Government, such as the £2 billion committed for cycling in last year’s Gear Change policy document. “This level of investment indicates that real change is coming to make cycling feel safer, and thus have even wider public appeal,” continues Eland. “The BA works closely with ministers and officials in relevant Government Departments, especially the Department for Transport, as advocates for cycling and the industry, and as trusted advisors on matters on which we have unique knowledge and insight.

“We have worked hard to develop our arguments and capabilities – which helped secure many of the commitments in Gear Change, including on e-bike subsidies. It may be that factors other than Brexit will be more important in defining the cycling market in the coming years. As well as triggering the cycling boom, COVID has sparked some fundamental changes to consumer behaviour: the BA will be watching closely, through our unique data gathering capability and diverse membership, to see how cycling can flourish as, for example, more people work from home, more people take UK holidays, or even how so many people who have taken up indoor training might be tempted to try ‘real’ cycling!”

Eland says that this year is likely to be another rollercoaster for the industry – although it’ll be hard to top 2020. “All of the team here at the BA are looking forward to working with the industry to make the most of whatever opportunities arise, and to cement and build on the growth in cycling we’ve already seen under COVID.”