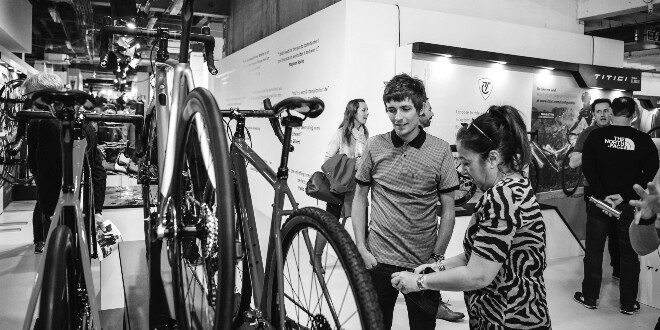 What can we expect from this year’s Rouleur Live LDN?

Formerly known as Rouleur Classic, this year the show’s name has been changed to Rouleur Live to ‘better reflect what it is – the embodiment of the magazine in an exquisite exhibition format’.

One main aspect of the show will be the on-stage talks, says commercial director Ben Ward. “I think we’ve got the most rounded and the most interesting set of talks that we’ve ever had on stage. The editorial team have had a much stronger say in shaping what we put onto the stage, and actually tried to make sure we’re telling stories in the same way that we do in the magazine. We’ve got that mix of superstars, and we’ve also got our highest proportion of female guests on stage that we’ve ever had before.” 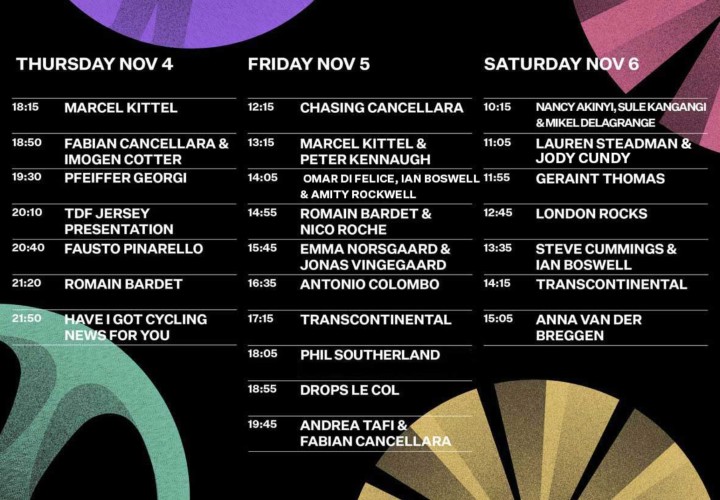 It will be a well-rounded collection of content on stage, that will also be filmed and put on YouTube. “That will be one of the areas where we’re really expanding – video coverage,” says Ward. “We know these talks are really engaging with people, so after the event we’ll publish them on YouTube so people who aren’t able to make it can watch.”

The second main part of the show is the exhibitors, Ward continues. “We’ve got a really good line-up of over 45 brands who are coming to show their products. Because of the delays in releases and production, we’ve got more new releases and first chances to see items at the show than we’ve ever had before.”

The list of brands on display includes BMC with its Masterpiece bike, Cervélo and its latest R5 bike as ridden by Wout van Aert much of this season, Pinarello and its Grand Tour winning bikes, Ribble’s aerodynamic Ultra SL R and many more. Some of the most exciting machines from the gravel scene will also be on show at the event which once again features a specific Gravel Gallery, brought to you by Panaracer. Specialized’s new Crux – the ‘lightest gravel bike in the world’ – will feature alongside bikes from Scott, BMC, Ribble, 3T and Norway’s Fara with a new launch.

Changing for this year is a flattened price structure across all three days, with tickets at £40 which includes a complimentary drink. This gives full access to the Rouleur Live Theatre across each day as well as the halls showcasing a vast array of memorabilia and innovation from brands.

“Previously, we’d make it so that on the Thursday night you could only buy a VIP ticket, but this time all the tickets on each day are the same price,” Ward explains. “We’re on track to sell more tickets than we have previously but they’re more evenly spread over the three days.

“There will be more air conditioning and ventilation in the venue, we’ll also be applying all the regulations and current guidelines, so requiring people to either have a double vaccination or a lateral flow test within the last 48 hours, and providing lateral flow tests on the door for those who missed out or haven’t managed to do it.”

Event timings are as follows:

A season pass is also available for all three days at £100. All tickets can be purchased from www.rouleur.cc/live.