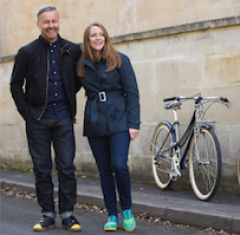 Cycle apparel company Vulpine has been acquired from the adminstrator by British bike brand Mango Bikes.

The brand is based at an industrial unit close to the Cotswold Water Park, near Cirencester, and was founded by Jezz Skelton and Ben Harrison. (Skelton ceased to be a director of Mango Bicycles Ltd. in 2015.) Current and previous directors include Toby Baxendale and David Hanney, formerly of Planet X. Mango’s CEO is Barry Dunn formerly of Planet X and Chain Reaction Cycles.

Accountancy firm RSM received a number of bids for the company.

A press release is due to be issued soon. Two hours after BikeBiz broke this story, Vulpine posted the deal with Mango on Facebook and Twitter. Vulpine also revealed that orders and refunds will be honoured by the new owners.

Meanwhile, company co-founder Nick Hussey also posted to Twitter (he’s been silent since news of the administration broke). He said: "It’s no exaggeration to say the last few weeks have been harrowing," and that "we tried [our] best with best intentions, for all stakeholders. Entrepreneurs make decisions using the facts at hand. Nobody knows the future."

Hussey added: "Best source of facts are the administrators. Not me, press or any internet chat & conjecture. They’ll produce an independent report soon. In an info vacuum many are fair, whilst a few will fill it with whatever they find or guess at, that suits their agenda, rehashed as fact."

1 of 7: Hi, I've been unable to say anything until administrators chose buyer. I'm relieved good passionate people @MangoBikes got Vulpine.