The Munich bike show to move closer to the calendar slot currently occupied by Eurobike. And will be known as ISPO Bike

Share
[UPDATE] At a press conference this morning, 19th July, the change of date speculated on below was confirmed and the name of the show will be changed, too. ISPO Bike will be held in Munich, 16-19th August 2012.

German trade magazine Velobiz is today reporting that Munich trade show Bike Expo will move to an August date from 2012 onwards. Rumours have been circulating to this effect for some time but this is now looking more and more confirmed.

The 2011 edition of the show, due to be start on Thursday, would be in direct competition with Eurobike if it launched in the expected time slot of mid-August.

An official announcement of the date change is expected at a press conference at the start of the show. 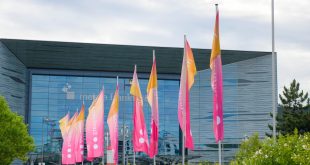