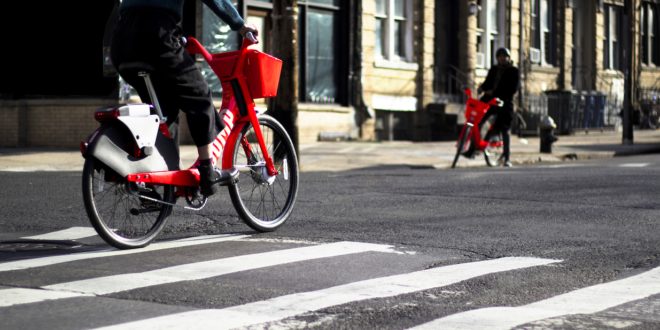 Uber set to “double down” on bikes and scooters throughout 2020

Uber will “double down” on its investment into e-bikes and scooters in the New Year.

The plans come 18 months after the company acquired bike-sharing service Jump, which has since seen it roll out thousands of bikes throughout the globe.

Speaking to CNBC, Jump head of EMEA Christian Freese said the expansion will focus particularly on Europe. “We have seen how beautifully [micromobility] works with our core business and ride-sharing and want to invest more and deeper,” he said in an interview.

According to Uber, over 500,000 Europeans took advantage of Jump rides in the past eight months alone; a total of five million trips. The European adoption rate is far outpacing that in the US, with Paris leading the way.

Uber’s European priority will lie in expanding itself in existing markets such as London, where it launched e-bikes earlier in the year, with plans to launch in Hackey following rollouts in Camden and Islington. The company’s future in the English capital is currently up in the air after TfL opted not to renew the operator’s licence, with appeals ongoing.

According to Freese, Uber is in talks with various authorities throughout the UK and Europe to come up with a strategy for piloting its scooters and thereby address the safety issues they present.

“When we are thinking about bringing a product to a market, especially a product like scooters, we are working very closely with local officials,” he told CNBC.