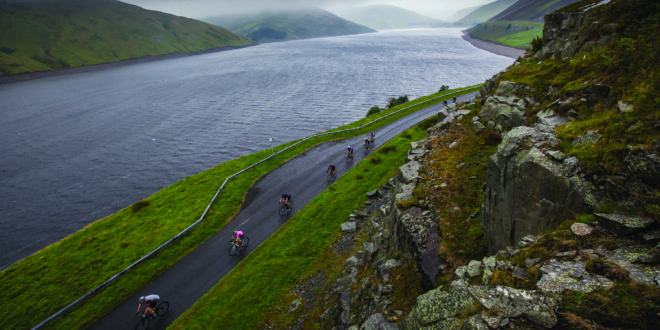 Events boss Neil Dalgleish has proposed that the Tweed Valley and surrounding area should declare itself the ‘world’s first’ national park for cycling.

Following Scottish Borders Council’s announcement of the £740,000 economic benefit brought by TweedLove’s cycling events in 2018, Dalgleish has said it’s time for the area to ‘step up and make the most of its assets and resources’.

“We have something internationally unique and extremely valuable right here in the Scottish Borders, and it’s the envy of many places around the planet – not least just over the border in England.

“Not only do we have a world class collection of mountain bike trails and off-road tracks, we also have access legislation in Scotland which gives everyone the right to roam on them. It’s also extremely significant that we have a huge network of quiet tarmac roads through stunning countryside – it’s an undiscovered road cycling heaven.”

Dalgleish’s company Hillside Outside, based in Peebles, has promoted hundreds of cycling events over the last decade, which in turn have brought tens of thousands of visitors and millions of pounds to the area.

“There’s a chance to spread that benefit and give recognition to a wider area. The areas surrounding the ‘cycling honey pots’ are usually overlooked, but have amazing scenery, beautiful hill tracks and most importantly some fantastic road cycling to offer,” he added.

“We need to be proud of these assets and let the world know what we have to offer. Declaring ourselves a national park for cycling would be big news for cyclists all over the world, but it wouldn’t need millions of pounds of investment to deliver.”

The tourism sector is already starting to ‘step up’ its cycling-market offer in the area, so marketing, signage and facilities in key areas would top the to-do list to make it possible, according to Dalgleish.

He said: “I’ve been lucky enough to be involved in the birth of previous tourism destination projects and have seen what’s possible. Edinburgh’s Hogmanay and Fort William’s ‘Outdoor Capital of the UK’ were both brought to life by switched-on local authority development officers, working with other positively-minded public and private sector partners to make something great happen. You don’t have to ask for outside permission when you create your own identity – you just believe, and then do it.

“30 years ago Edinburgh was closed at new year – you could barely find a pub open on New Year’s Day and hotels were closed for the season. Fort William and Lochaber saw their opportunity too – just like us they have an area with some specific assets and amenities and decided to position themselves at the head of the pack.

“The Tweed Valley and surrounding areas are already much loved by cyclists, and count a high proportion of cyclists amongst the resident population – many of whom have migrated to the area for that reason. We have so much that’s good going on here. No-one is going to do it for us, but let’s not miss the opportunity. TweedLove is launching what we hope will become one of the UK’s biggest bike festival weekends this year.

“Traditionally, public funding is scarce or non-existent so what we’ve achieved has been made possible by a lot of hard work and the support of a real ‘can-do’ community. It’s largely people power and a lot of motivation – not local or national Government policy – which has recently got this area to where we are as a bike destination. As a result there’s real scope for some joined up action to take us forward – the potential is huge.” 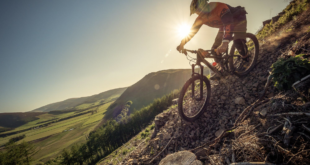