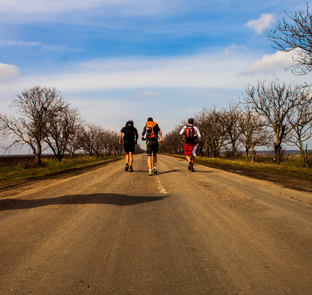 A trio of adventurers will complete a two-week 2,000km duathlon across Eastern Europe in a bid to help eradicate modern-day slavery.

Averaging a daily distance of 35 miles on foot and 125 miles by bike, the three co-founders of natural sports nutrition brand TRIBE will be joined along the route by an expected 250 like-minded riders.

The event succeeds 2013’s maiden Run For Love event; a 1,000-mile challenge that raised £300,000 for child trafficking charity Love146, which also acted as the inspiration behind TRIBE.

Half of the £250,000 fundraising target raised by TRIBE’s Freedom Foundation charity arm will help trafficking charity Unseen launch a UK Modern Slavery Helpline. Ensuring its community are at the heart of everything TRIBE do, its members will also vote post-event on which UK human trafficking charity should receive the other 50 per cent. In partnership with its charity partners, TRIBE is working towards a world without slavery.

TRIBE co-founder Tom Stancliffe said: “As well as laying the foundations for TRIBE, our maiden Run for Love raised a fantastic amount that helped fight human trafficking through our Freedom Foundation. This cause hasn’t gone away, and still more than 13,000 people live in slavery in the UK, a third of those being children.

“Alongside our valued community of everyday athletes we’re proud to break new boundaries for Run for Love II – in distance, in experiences, and in the differences we can make with our funds. As well as supporting victims of human trafficking, we can help to create a framework for the reporting, prevention and intervention of a modern-day slavery problem.”