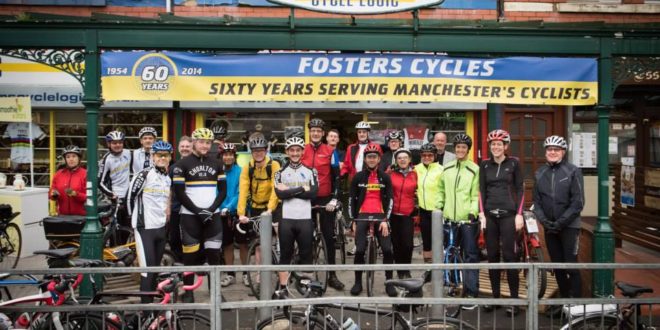 Trade or retailer? Time to choose

This article was written by Sean Adam, manager at Ken Foster’s Cycles

In recent years, some trade suppliers have been guilty of dumping excess product to larger, web- based suppliers at extremely low prices.

I could go on forever about shorter selling seasons, the need to change models every year, and the overproduction of product that saturates what should be a lucrative industry, but instead, I wish to use this space to highlight to the industry the damage that Black Friday and Cyber Monday sales run by major suppliers can cause to their IBD partners.

As part of a trade agreement, whenever we sell an item made by one such business, we are required to furnish the supplier with our client’s contact details, so as to allow the consumer to take advantage of a guarantee that accompanies these products. My suspicion towards this practice was finally given credence recently, when a mailshot was sent out to some of my own, along with other IBDs’, customers by this company. The email advertised cycles and accessories which were part of an offer that would allow the consumer to save up to 50 per cent. These products were to be delivered free, or, to add insult to injury, even by way of click and collect via our stores.

One high-end bicycle, which retailed at a good deal more than £2,000, was made available with a discount of £1,000, inclusive of delivery. If I were to attempt to buy this bike now via their B2B site, it would cost me almost £200 more than the consumer would have paid during the sale, plus VAT. At the far end of the same scale, one children’s cycle was listed at just over £70 to the public; it would still cost me £2 more than the consumer, plus VAT. These are just two examples of the most absurd marketing attempt I have ever seen made by a company of this type – and trust me, I’ve had my fair share of past dealings with suppliers.

Many distributors claim to be working in partnership with the IBD, and this one is no exception. But this one-sided custom has the earmarks of a certain sheriff who was known for taking taxes from the poor, and this time, there’s no Robin Hood to protect the ordinary people. But, jokes aside, the independent bike dealer is the shop window for and ambassador of the industry. It is the IBD that showcases the brands, and engages with the community to support any cycle projects undertaken by major companies. In their actions, this business may have caused irreversible damage to my hard-earned customer base with a single click. Already, several customers have asked to price match; one even came in demanding to know how a cycle purchased in September can, just seven weeks later, be marked down by £1,000 direct.

A marketing move like this begs the question: in what way, exactly, is the IBD being supported when suppliers are price-slashing stock well below trade price? I hope the shops whose staff read this, and who are selected partners within this dealer network, react as I do. It will be important to make wise decisions about investing in product from companies that support this practice if we are to secure the future of the IBD. These companies may not have burnt all their bridges yet – but some are definitely on fire.